The Ten Best Shows in St. Louis This Weekend: April 12 to 14 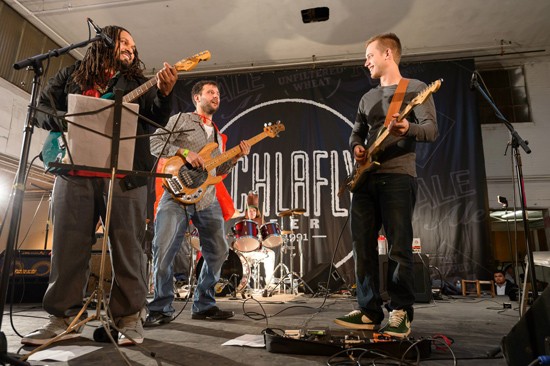 It's spring! It's sunny! It's raining! There's a tornado! It's cold! Toto, I don't think we're in Kansas anymore. Whatever the weather may be this weekend during this typical questionable Midwestern season, the show must go on. Our "Out Every Night" post at the start of the week previewed some shows including One More Time: A Tribute to Daft Punk, Fred Friction's album release and Cheryl Wheeler. Read on for more recommendations including new local releases from Unanimous and Brookroyal.

Nikki Hill @ Siete Luminarias 6 p.m. | free Nikki Hill's tour plans start this Saturday and include Illinois, Germany, Norway, Netherlands, Spain, Finland and Sweden throughout the spring and summer. Give her a splendid St. Louis send off over dinner, but hurry -- seats will fill up quickly! (MS)

Brookroyal CD Release w/ Shaman's Harvest, Fivefold, OATM, Connibal Road @ Pop's Nightclub 6:30 p.m. | $5-$10 Brookroyal will release its latest, Cycles Of Life & Sound at this show. The band has been known to sell out Pop's in the past, so show up early if you don't want to miss out. (DH)

Soilwork w/ Jeff Loomis, Blackguard, Bonded By Blood, Hatchet @ The Firebird 6 p.m. | $18-$21 The melodic death metal of Soilwork comes to St. Louis all the way from Sweden. Opening the show are notable New Wave of Thrash bands Bonded By Blood and Hatchet. (Note: Not pizza-party metal, but Bonded By Blood did record a cover of the Ninja Turtles theme song once. Your call. (DH)