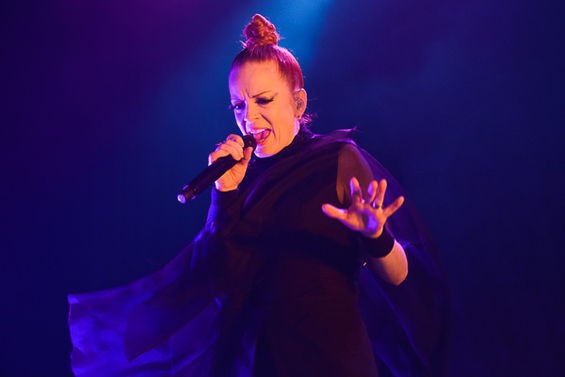 Madison, Wisconsin alt-rockers Garbage played the Pageant last night to a packed house, at a concert sponsored by 105.7 the Point. Front-woman Shirley Manson spoke with her thick Scottish accent between songs, and the band played the hits with vigor, belying the fact that the group has now been together for over 25 years.

RFT Music's own Todd Owyoung was in the house with camera in hand to take pictures of the event. Be sure to also check out our full slideshow here: Garbage at the Pageant.