Yeasayer is Coming to the Firebird on June 27 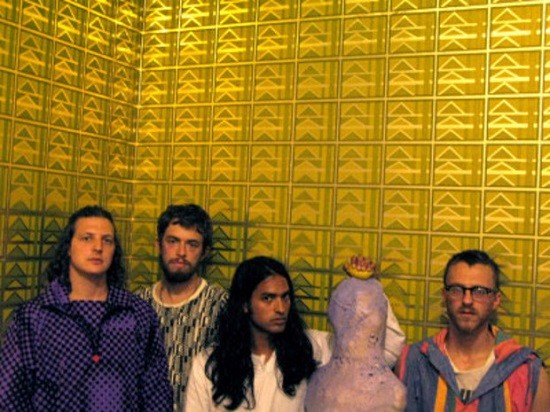 Brooklyn-based weirdo psych-pop quartet Yeasayer will be making a stop at the Firebird on Thursday, June 27, as announced today on the Firebird's Facebook page. Tickets will be available Friday.

The last time the band came to town it was to play a sold-out show at the Gargoyle. Here is a portion of our review of that show, by Liz Deichmann.

Like a UFO landing, Yeasayer took stage lit against a pulsating, projector-like backdrop of green and the foreboding eeriness of "The Children." Chris Keating's low, distorted vocals and the dark ambience of the first track of this year's hugely successful Odd Blood proved an ominous introduction. There's an anxious and paranoid quality to Keating's voice that's most effective when delivering world-weary lyrics like "2080"'s "I can't sleep when I think about the times we're living in / I can't sleep when I think about the future I was born into." Live, it plays perfectly against Anand Wilder's full, natural high tenor. These purveyors of futuristic tribal-beat mysticism are currently touring with a full-time drummer and a multi-instrumentalist/percussionist.

Check out the video for "Longevity," off of 2012's Fragrant World, below.