Ou Où Needs Your Help, One Pizza at a Time 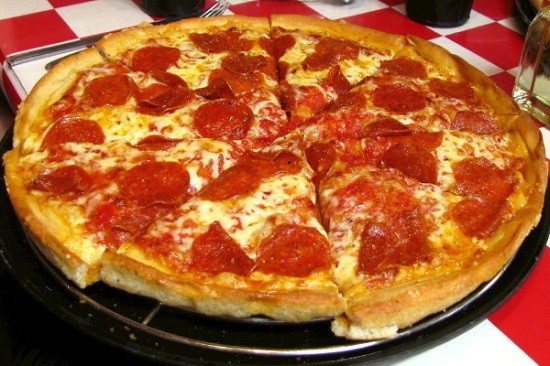 Local experimental electronic duo Ou Où has started an Indiegogo campaign to help fund the process of writing the act's upcoming fourth album. The goal of the campaign isn't about recording costs, though, as many of these things tend to be -- it is about pizza.

From the Indiegogo page:

We record everything using cheap tapes and our computers, so we don't need any money for studio time. However, writing and recording a record can be arduous, so we're looking for financial backing so that we can afford to buy pizzas. This will help keep our blood sugar in the right place as well as supply us with much-needed nourishment and protein.

Sounds reasonable! Ou Où is offering several incentives for those who contribute as well. A mere $10 donation will secure you a $5 cassette copy of the new record, which, according to the band, "You'll have every intention of listening to it, probably won't get around to it, and then will say vague things about how much you like it and hope that we don't ask for specifics."

A scant $50 will get you FREE access to Ou Où's upcoming free show at Apop on April 20. According to the band, "Your name will be on an exclusive list!"

Incentives run all the way up to the $1000 mark. For this paltry sum, you get to kick a member out of the band! "Ever thought our music would be better with guitar solos and folksy harmonies? For one thousand dollars, you can kick Pat or Travis out of the band and mold the brand to suit your personal style!"

The campaign went up yesterday and wraps at the end of today, April 1, which seems a short amount of time for....wait, April 1...isn't that...? Oh, goddamnit.