The Six Most Factually Inaccurate Lyrics In Songs 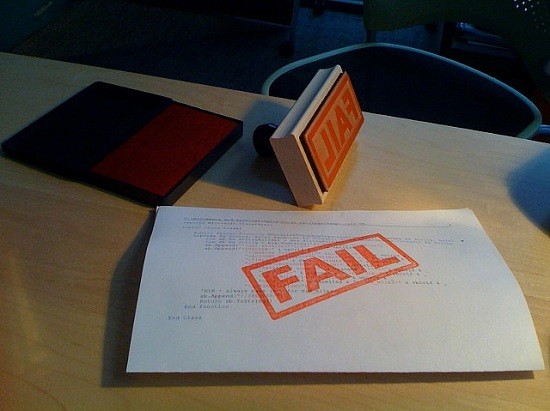 Songs exist in a general realm of fiction, even when they are theoretically true. Still, every once in a while a lyric comes along that makes you tilt your head and say, "Wait a second..." Here are the six most factually inaccurate lyrics in songs. Let us know your favorites in the comments, and please cite your sources.

6. Modest Mouse - "Third Planet" "The universe is shaped exactly like the earth If you go straight long enough, you'll end up where you were"

These lyrics from the opening track of Modest Mouse opus The Moon and Antarctica are theoretically true, but they do not take into account the ever-expanding universe. In order for somebody to go straight long enough to complete a cycle through the universe, the traveler would have to move at a speed faster than the rate of expansion, which is currently believed to be somewhere between the speeds of light and sound. Sorry, Brock. Keep on floatin' on.

In these lines, Bono references Martin Luther King, who was assassinated on April 4, 1968. The only problem is that King was shot in the evening, not early morning. There could be an argument involving time zones, as 6 p.m. in the United States is early morning in Europe, but if this were the case, Bono would have heard about it on early morning April 5. 4. Joanna Newsom - "Emily" "The meteorite is the source of the light And the meteor's just what we see And the meteoroid is a stone that's devoid Of the fire that propelled it to thee"

You have to give Joanna Newsom credit for turning a science lesson into the catchiest moment on her masterful album Ys. But as Pop Dust points out, she swapped the definitions of meteorite and meteoroid. Still, if you are looking for a rhyme for "void" and meteoroid falls into your lap, you take it.

I'm not one of those guys who writes off conspiracies, but unless George Herbert Walker Bush was humping monkeys in the '70s, this line is one of those inexplicable "Man, Kanye is insane" moments.

Related: Kanye West Is Batshit Crazy: Decoding The Ten Boasts That Prove It

2. The Postal Service - "Nothing Better" "I will block the door like a goalie blocking the net In the third quarter of a tied game rivalry"

This lyric works from a pure imagery standpoint; Ben Gibbard is desperately trying to keep his lady love from leaving him and thinks if he can physically stop her then he won't have to change the behaviors that are driving her away. However, the two most recognized sports that use goalies to not have quarters. Soccer is played in halves, hockey in thirds. The most popular sports with goalies to use quarters are lacrosse and water polo. This does not make Gibbard's lyrics false, but it does change the mental image quite a bit.

Snow in June can happen, and you can thank Al Gore for that. But listen, Vanessa, just because it rhymes doesn't make the moon line true. Think about it. The sun is the center of our solar system, and planets rotate around it. The moon that we know is one of many in the system (including ex-planet Pluto), and while it's something special to us, it's nothing in the overall scheme. Keep in mind that the sun is eventually going to burn all of us up, and remember this: The sun doesn't give a shit about the Earth, and it especially doesn't give a shit about our moon. The sun does not go 'round the moon, ever, for the same reason that Kim Kardashian doesn't follow you on Twitter. It just is too massive to care. Just when I thought a chance had passed, you go and save the best for last.