Fans of local heavy music, as well as neighbors within a three block range of venues like Fubar and the Firebird, should all be well acquainted with the loudness that is Fister by now. The band has been gaining attention within the metal community, not only locally but nationwide since forming in 2009, playing shows with doom metal giants like Eyehategod and Weedeater and having praises sung from well respected underground metal blogs and podcasts around the world.

The band just released its second full length this week, titled Gemini (Fister's titles are so good that the previous release, Violence, just had its title lifted by another local crap-core band) which diverts from the band's previous themes of drugs and Satan and instead focuses heavily on... twins? Sure, twins can be pretty goddamn spooky, but conjoined twins specifically seem to be the focus of this album, and when set to seven tracks of ominous doom it all comes off as just downright icky. The masked surgeon on the album's cover appears to be the devil and the Unabomber both rolled into one scalpel-wielding creep. 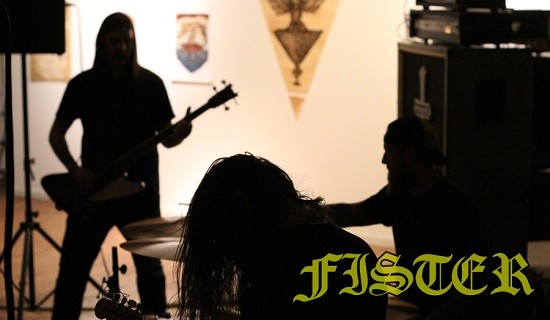 Fister seems to dig deeper into its dark side than ever before on Gemini, sounding much more focused and serious than the band's previous releases. The album flows nicely from song to song, at times lurking along at the snail's pace that Fister is known for, and at other times surprising the listener with Motorhead-worshipping punk beats like the ones that kick off "Suicide Hessian" before arriving at the album's title track, which is comprised of mostly piano and strings. Oh, and the credits even say there's a fucking tuba in there somewhere. Looks like STL's favorite doom band is all growed up!

Part of this newly-mature sound should probably be credited to the excellent recording job done by Gabe Usery at Maplewood's Encapsulated Studios. The drums are huge and punchy, with bright, crisp guitars and a bass that sounds like it used the WWE's Batista's neck for strings. The dual vocals between guitarist Marcus Newstead and bassist Kenny Snarzyk sound so angry and tortured that it's easy to imagine them as those inseparable twins who despise each other.

Nearly the only decipherable lyrics are "No one will mourn me. No one gives a shit. No one will miss me." And then the CD abruptly ends. Are we having fun yet? Gemini would be the perfect album to put on at a party if a bunch of people you didn't like showed up.

Feel the good vibes for yourself by ordering the CD over at Fister's Big Cartel page right now, or pick one up at the CD Release show with Bastard, Thorlock, and the Gorge on March 29th at the Firebird. You can also stream the entire album on Bandcamp, below.