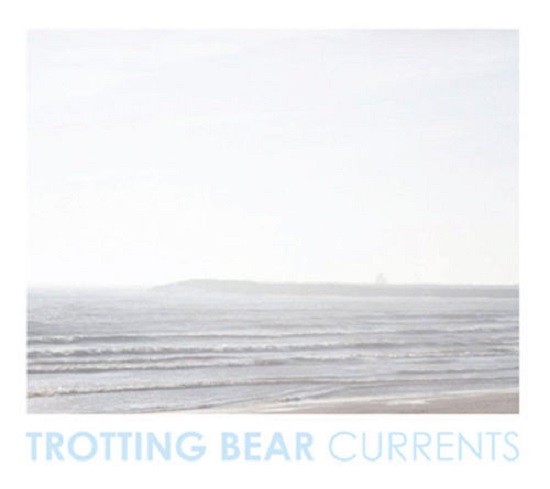 If you've been paying attention to the acoustic singer-songwriter scene in town, you might know that Andy Berkhout has been, in his own quiet way, releasing a prolific number of albums and EPs. The emphasis is on "quiet": His gentle finger picking and close-up vocal performances come across like a soft breath on your neck. While he has continually recorded and performed under his own name, Berkhout has once again picked up with Trotting Bear, a three-piece in which he is joined by Joanna Laws Landis and John Donovan.

The outfit put out Morning in 2011, followed, cleverly enough, by Berkhout's own Night a year later. For this year's Currents the band keeps the playbook much the same but takes more care on the atmosphere of the songs. A gentle haze of reverb frames the album, and while acoustic guitar is still the engine here, light electric guitar and pedal steel echo in the distance.

Part of the credit can go to TW Walsh, an associate of David Bazan and an in-demand production engineer; he covers mastering here, a service he also provided for the likes of Foxygen, the Pernice Brothers and Mynabirds last year. But it's that production, and the care with which the musicians handle these rice-paper songs, that help Trotting Bear stand out from Berkhout's less-adorned solo output.

If that smart, enveloping production helps differentiate Trotting Bear amid Berkhout's catalog, it doesn't always help these songs differentiate from one another. Even over four songs, the slow pulse never quickens to a flutter. The set dressing on a song like "Lion's Tooth" shows how well this finery sounds in context, as layers of guitar and warm keyboard tones seem to build on each other exponentially.

Landis carries a lot of the weight here, serving as Berkhout's harmonic foil, and though she hovers at the same basic interval on the EP, her voice offers a nice parallel to Berkhout's. "Old Growth" might be the best example of the band's M.O. -- two breathy voices swim around a simple but adept guitar pattern, singing of impressionistic images that aim to paint pictures rather than tell stories. These songs may set themselves on a circular path, but at least the scenery is pretty enough.

Listen to Currents right now, via the band's Bandcamp page, below: