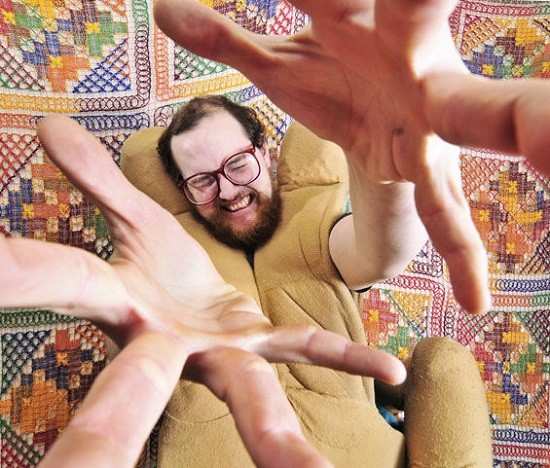 Electro-pop artist Dan Deacon and experimental psych-rockers Animal Collective will play the Pageant next Wednesday, and we've got two tickets!

To win, simply tell us why you deserve to go. Be creative! You may enter in the comments or on our Facebook or Twitter pages, links to which you can find below -- make sure you include some way of contacting you, as well as your full name so you can pick up your tickets.

Culling our vast back catalog of show reviews and previews and such, I found reviews of each band by RFT Music writer Ryan Wasoba. The first, of Dan Deacon, is in the form of a 2009 critic's pick:

Wacky, quirky, eccentric, absurd. Use whatever word you like to describe Dan Deacon, but know it is not the be-all, end-all of his being. The solo performer built a reputation making tongue-in-cheek electro pop and treating his shows like enormous games of Simon Says. With 2009's Bromst, Deacon derailed suspicion that he might be a novelty act by spotlighting the intricacies that previously hid under the surface of even his jokiest songs. The pattern continues on America, his most serious, artistic record yet, capped off by a four-art suite that sounds like Philip Glass programming a J-pop album in Fruity Loops.

The second, referring to Animal Collective, is in the form of a complex math equation:

Looks about right to me, but math is not my strong suit. Check out videos from each of the bands below.

See also: -Ten Bands You Never Would Have Thought Used to Be Good -The Ten Biggest Concert Buzzkills: An Illustrated Guide