I Have Eight Tickets to Yonder Mountain String Band at the Pageant: Win Them 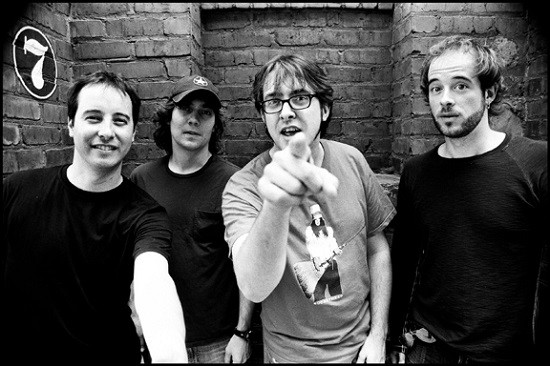 Yonder Mountain String Band will play back-to-back shows this weekend at the Pageant (6161 Delmar Boulevard,;314-726-6161). Friday and Saturday's shows both start at 7:30 p.m., and the Deadly Gentleman open.

We have eight tickets total to give away for this show -- four for each night. To win, tell us why you think you deserve to go! Be creative. The winner of each set of four tickets will be announced Friday by 5 p.m. and will be able to pick up their tickets at the Pageant box office the day of the show. Make sure you include your name as it appears on your driver's license as well as a way to contact you.

RFT Music writer Roy Kasten had this to say, in preview of the band's 2010 appearance:

Once upon a time, a string band meant hillbilly music as advanced by Roy Acuff, Charlie Poole and John Hartford. But the Grateful Dead and outdoor-festival culture changed all that. The Colorado-based acoustic rockers of Yonder Mountain String Band have long known who now calls the tune: snowboard bums, collegiate bro-grassers and summer-fest freaks. That demographic has transformed it into the quasi-string band equivalent of the Dave Matthews Band, a massively successful touring operation that cranks out live recordings faster than even its own instrumental breaks. But like DMB, YMSB is fueled by musicianship and a groove channeled into warp-speed bluegrass.