Ten Bands You Never Would Have Thought Used to Be Good 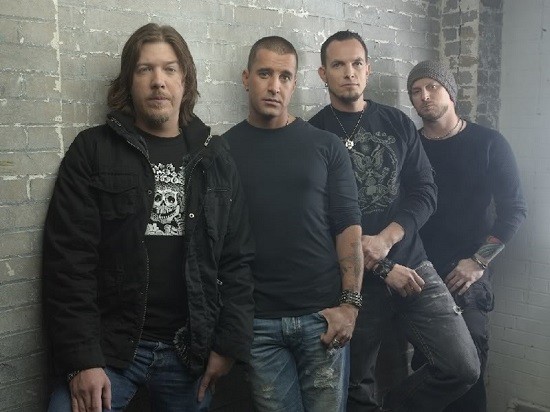 It's a common cliché by now: Some snobby, balding guy with glasses in every bar across America rants and raves about how he only likes "the old stuff" by every band. "I liked the first record," is his creed. This character floats around, bumming everyone out and sucking all the fun out of a karaoke sing-a-long of "Another Brick In The Wall." "Pink Floyd wasn't even good after Syd Barrett left," he says. "Metallica was only good on Kill 'Em All through Master of Puppets," he claims. "Genesis sucked with Phil Collins singing." And on and on....

Wouldn't it be nice if that same jerk used his powers for good, teaching you that the bands we all hate used to actually be a lot better? Maybe it could brighten your day to know that the first Nickelback EP doesn't sound much worse than anything the Stone Temple Pilots ever put out. With that in mind, here are ten bands you might never have guessed used to be listenable.

We'll go ahead and start here because, hell, what is there to say about this band that hasn't already been said by their singer's appearance on Celebrity Rehab? But did you know that Smash Mouth was once a fairly decent, upbeat ska-punk band? While the band wasn't exactly blowing minds with this junk, wouldn't you take a song like the above over the song that made the term "Rock Star" appear in Craigslist employment ads? Unfortunately, Smash Mouth went on to turn into the musical equivalent of famous foodturd Guy Fieri. Oddly enough, the two sinister entities go hand-in-hand, as they even collaborated on a cookbook together with Sammy Hagar. Personally, you couldn't pay me enough to eat anything in that book.

Talk to anyone with a few tattoos and a drinking problem in Milwaukee about Fall Out Boy and you'll learn a few things pretty quickly. While Fall Out Boy wasn't necessarily a GREAT band in their early days, they weren't the worst. However, more notably, bassist Pete Wentz and drummer Andy Hurley both cut their chops in a powerviolence band called Racetraitor. While we're at it, we'll go ahead and note that Andy Hurley also used to play in Kill The Slavemaster, and most recently, a hardcore band called Enabler. Weird, wild, stuff indeed.

If you're anything like me, you learned about and subsequently got turned off by G.G. Allin from some girl who skipped class and wore fishnet arm-warmers. Just as she graduated from pulling fire alarms in junior high to calling in bomb threats in high school, she went from worshipping shock-rocker Marilyn Manson to G.G. Allin. Although to be perfectly honest, the comparison should be more like pulling the fire alarm to burning down the school. For the uninitiated, G.G. Allin was and still is the most notorious man in rock & roll, famous for flinging his own feces at the crowd and physically (as well as sexually) assaulting his audience. But before his dedication to depravity, G.G. Allin (born Jesus Christ Allin) was the singer of the Jabbers, back in the late '70s and '80s. Still lyrically brash and repugnant, the music was bright, poppy, and catchy. Listen to, "Don't Talk To Me" above for irrefutable proof.

While once the proud and honorable recipient of anti-gay ridicule by your every-day homophobe, nowadays the Village People is merely regarded as some throwaway trash that drunk office workers sing at karaoke. I could sit here and try to explain the cultural importance of a widely commercially successful group of purported homosexuals, or I could simply turn your brain inside-out by linking to a few totally badass songs like "Hot Cop" and the infectious synth-laden track, "Food Fight". Accept The Village People as the genius act it was, not just as musical fodder for a sporting event or a group Halloween costume. Bonus: Looks like that "Hot Cop" song also comes with a fan video from someone who loves these guys as much as I do.

I don't know a whole lot about Moby. I know he is bald and Eminem hates him and VH1 loves putting him on TV. I also know that whatever music he makes now is something I'm not going to like. But giving credit where credit is due, Moby sang and played guitar in Vatican Commandos - a hardcore punk band from Connecticut with a perfect raw and sloppy approach for the style. He was in the band for only a short period, but it was long enough to land him on this list. Fun fact - Vatican Commandos' 1984 record, the brilliantly titled, Just A Frisbee, featured cover art drawn by a young Rob Zombie. Speaking of....

There are people out there who will tell you that Rob Zombie is still good, but most of those people are bad strippers. A slightly more respectable opinion, some will say that at least everything White Zombie put out was good - and maybe it was, if you got stuck listening to Korn and wearing Jncos in 1997 because you didn't know there was a heap of good metal out there. But put the sandpaper to your brain for a minute and absorb this: Not only was old White Zombie good, it actually kicked ass. Looking more like a Butthole Surfers disciple instead of a second-rate Al Jourgensen from Ministry, White Zombie put out some twisted, catchy, and interesting noise rock way back in 1987 that's worth a listen. Check out this track from debut album, Soul-Crusher.

At the height of my early teenage angst, I'd take nearly anything with distorted guitar and anything close to yelling. I shamefully recall watching "You Oughta Know" by Alanis Morissette on MTV and thinking it was amazing. But something happened, and the weirdness encapsulated by a few good years in the '90s began to fade, being replaced by a lethal combination of acoustic dork-rock and songs that have singing during the verses and screaming in the choruses. The Goo Goo Dolls' song, "Name," was one of the first examples of that aforementioned stomach-churning acoustic dork-rock that I can recall from growing up. But years before these nerds penned such an awful, sappy song geared specifically for junior high school dances, The Goo Goo Dolls were signed to Metal Blade records and playing shows like the one above.

Another hard offender on the '90s runaway train (GET IT?!?1) of bland, watered-down rock played by greasy guys in plaid shirts, Soul Asylum originally played under the name Loud Fast Rules, sharing bills with bands like Husker Du, Willful Neglect and the Ramones. Then the band became Soul Asylum and...well, who cares.

Honestly, I don't think the members of the Offspring give any shits about what they're doing or how they're perceived. Not because they have some sort of "True Punk" attitude, but becaue the band's songs strike with the impotence of a Bloodhound Gang b-side. And lets face it, they look a lot like the aforementioned Smash Mouth. But before the band hit that sweet spot and started emptying the wallets of dudes who wear button up shirts with flames on them, the Offspring was a fairly legitimate Southern California punk band - yes, even before that "Keep 'Em Separated" song. Originally formed as Manic Subsidal in 1983, the band could've fit right in with the likes of D.I., Agent Orange and T.S.O.L.

Oh, Chumbawamba. Even the uttering of the name provokes laughter - so much so that the hilarious Upright Citizens Brigade had at least one sketch involving fratboys saying "Chumbawamba" and high-fiving. But little known to the public is that Chumbawamba used to be a credible anarchist punk band, chumming around with Crass and playing with bands like Conflict, Amebix, and Disorder. The band's early live shows featured members all trading around different instruments, and one of the records had a song with vocals by a dog named Derek. The members lived in a squat and spent time in jail after getting caught liberating lab animals. Police raided their homes with sledgehammers while searching for explosives. They shot The Clash with paint guns. They beat up the band Vegan Reich. Then years later, they put out the song "Tubthumping," and while still publicly advocating for people to kill cops, became a joke. However, regardless of the fact that Chumbawamba eventually played shows with Michael Bolton, Savage Garden and Aerosmith, the band members retained their ideology. Since the release of "Tubthumping," two members of Chumbawamba dumped a bucket of water on a the Deputy Prime Minister of the UK's head, got banned from German television after streaking during a live Smashing Pumpkins broadcast, and refused a $1.5 million offer from Nike to use their infamous hit. Eventually, Chumbawamba did sell a song to a major corporation, General Motors, for $70,000 - and then promptly donated the money to anti-General Motors activist groups.