The Six Best Songs About Murdering A Significant Other 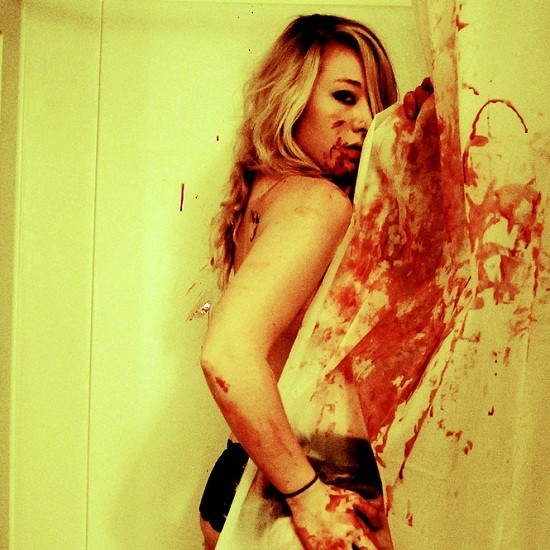 Valentine's Day is upon us, a time to celebrate relationships or hate those celebrating. But for those relationships that don't end well, here are the six best songs about murdering a significant other. Let us know your favorites in the comments, but we suggest using a public computer with an untraceable IP address.

Jeff Tweedy can make a line like "I dreamed about killing you again last night and it felt alright to me" sound tender. The opening lines of "Via Chicago" outline a murder fantasy, complete with a plan to dispose the body ("Buried you alive in a fireworks display"). This song would probably top this list if it song stayed in premeditation for its entire running time. But as is, it morphs into an ode to homesickness, and that feels alright to me.

In 2002, The Paper Chase released an album of menacing indie rock entitled Hide The Kitchen Knives, which sounds like the interior monologue of a serial killer. I can't pick an exact line from "A Little Place Called Trust" that speaks of killing a ladyfriend, but there is plenty of implication from the introductory beat made from knife sharpening sounds and the threatening lyrics (examples: "What do you take me for you motherfucker?" and "You deserve whatever you get because you are not the innocent"). The Paper Chase's frontman John Congleton is a masterful producer whose credits include Strange Mercy by St. Vincent and Take Care, Take Care, Take Care by Explosions In The Sky, and you can hear his hyperfocusing attention to detail come to the forefront on his own band's record.

The theme of "Run For Your Life" by The Beatles: "If you cheat on me, I will kill you."

When "Possum Kingdom" came out, I didn't know what it was about but it freaked me out. Some combination of hearing time signature changes, vague creepy lyrics, overzealous whammy bar usage, and reverse reverb on the radio can do that to a seventh grader.

This song previously appeared on a list of songs that are over 50% guitar solo (and we also crowned Neil Young the best bad guitarist on earth), and the fact that Young's lyrics are sparse makes the line "Down by the river I shot my baby" hit that much harder. Also, I would not be surprised if Neil Young has actually killed somebody at some point in his life.

If "Run For Your Life" by The Beatles is the threat, "Hey Joe" is the delivery. Jimi Hendrix famously asks his acquaintance Joe "Where you going with that gun in your hand?" but frequently shifts into a first person and sings lines from Joe's perspective. It's possible that Joe is a split personality of Jimi's, a character he invents to distance himself from the crime. He's certainly thought it out, including a getaway to Mexico. Hendrix will always be best known for his guitarisms, but he's a damn good singer and sometimes a damn good songwriter. How sweet is that unison walking bass part at 2:00? Answer: very.