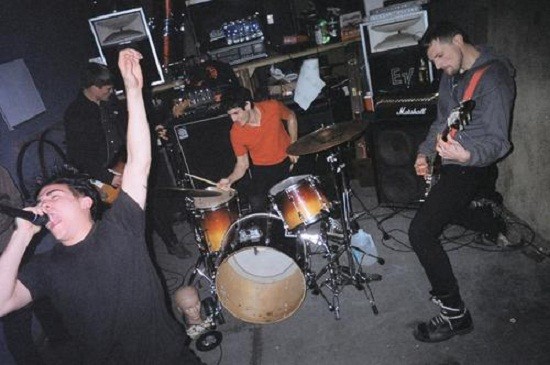 Are you sick of being responsible? Does it annoy you to have to follow rules or be pro-social? Do you like basements? Well, if you are a goofy, degenerate weirdo that doesn't quite fit in anywhere else, you might consider our city's DIY hardcore/punk shows.Your underlying anger problem can be brought out to their fullest potential (in a positive way) if you go to these shows. These are my recommendations for great local and national bands that don't play five minute (marathon!) songs or remind you about drink specials. General rule of thumb: If you have five bucks and can show up by 9 pm., then its go time in the pit. One, Two, Fuck You!

Mon 11th. Plush. $5, 9PM Church Whip, Shaved Women, Ratheart. This show is going to claw the ears/eyes off/out. Church Whip plays awesome and nasty hardcore punk. It makes sense that local equivalent Shaved Women is playing with them. And then there's the nastiest weirdo in town, Martin Meyer, whose catchy (but probably disgusting) rock & roll band is playing. Why not bring a bunch of slimeballs to Plush's upstairs and take the health code down a couple grades by the end of the night? To quote Shaved Women's front-man Ben Salyers in a recent feature story we did on the band, "It's going to be like 9/11, but worse."

Wed 13. Blank Space. $5, 9PM.. Ex-Cult (TN) + Lumpy & The Dumpers w/ maybe some special guests? "One of these days you're going to face the meat!" This is one of the best local songs ever written. Come get it screamed in your face by a diaper-clad freak of nature and his band of merry morons. BTW, Ex-Cult features Vile Nation/Get A Life's singer Chris Shaw. If you like early-hardcore inspired, Radio Birdman-style punk, then come put off valentine's day at Blank Space. If you hate it, the whole show will probably be over in less than a half hour anyway. Ex-Cult Lumpy & The Dumpers

Sat 16. Livery Co. $5, 9PM. Male Bondage, Violations, Trauma Harness. Male Bondage is an awesomely unpredictable outfit. Each song on their Bandcamp page sounds like a different band and each takes weird directions right in the middle. It's great. Violations marks the return of Nathan Prater (Love Lost But Not Forgotten/House Of Eight Legs fame) to terrorizing the microphone over a snotty, somewhat Euro sounding fast brand of punk. Trauma Harness are Bellevegas' craziest comic book store argument. Make it out or get thrown down a sewer.

Sun 17. Cicero's. $10, 7PM Masked Intruder, The Humanoids, The Fuck Off And Dies, Perdition, & Eaten Back To Life Masked Intruder are the hottest thing on the pop-punk circuit right now, and deservedly so. Come catch the band before they become baby rockstars from befriending Fat Wreck Chords/NOFX. The Humanoids will knock over all your tables. The Fuck Off And Dies will probably cuss a lot. Perdition is on tour from Fort Worth, TX. They do the Hot Water Music-worship thing, but the right way. Eaten Back To Life is named after a Cannibal Corpse record, but play self proclaimed "horror punk." This will be a fun show -- bring your boyfriend/girlfriend, after you've put a ski mask on, of course.

Sat 23. FUBAR. $7, 7PM. Brick Mower (NJ), The Humanoids (S/T Vinyl Release show), Direct Hit (MI), & Lipstick Homicide (IA) Brick Mower really have a handle on the whole flannel-and-beard version of punk that tumblr is wetting itself over these days. Direct Hit are more in the vein of Screeching Weasel, if you pushed the vocals up a couple sneer-y octaves. Lipstick Homicide is one of the catchiest pop-punk bands I've seen in a long time, and I have nothing sarcastic or dickhead-ish to add to that. The Humanoids will finally have the vinyl copy of their self-titled record. The Humanoids hasn't been playing as much lately folks (granted the Masked Intruder show is six days beforehand, but that's a rarity) but the band is still one of the best St. Louis has ever produced. Show up or BE A POSER DORK.