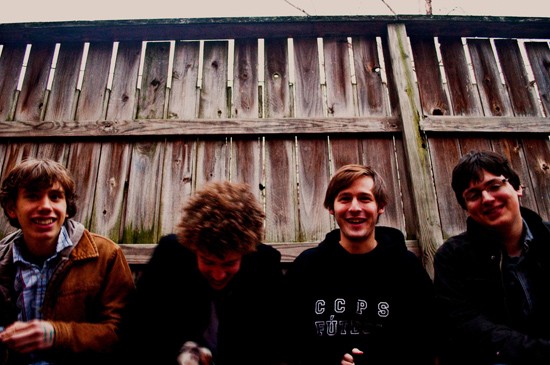 Well, I can cross "get personally serenaded in a room full of people by an expertly expletive-spitting, sparkly cape wearing Blowfly" off of my bucket list now (the "girlfriend" mentioned in the appropriately titled Blowfly Stole My Girlfriend and Called My Dick Puny show recap is me). He held my hand the whole time! It was touching, literally. I suppose it was touching in other ways too, emotionally.

What's next on life's momentous list of exploits? Choose your own adventure! A variety of options await and lucky for you, RFT Music is here to hold the page just in case you accidentally choose the wrong path (like, say, by spending all of your money on over-priced beer in Soulard instead of supporting the local music scene). This week, check out loud and proud locals like Anodes and Doom Town in all their glory, or catch touring acts such as DeRobert & The Half-Truths, Wee Trio and Tift Merritt. Click ahead for this week's recommendations.

Wee Trio @ Jazz at the Bistro 7:30 and 9:30 p.m. | $10-$20 New Orleans' Wee Trio built its reputation in the same fashion of similar-minded the Bad Plus, through innovative jazz and incongruent covers of popular rock songs. In this case the band's favorite artist to emulate is David Bowie. (DH)

2nd Annual J Dilla Tribute w/ Downstereo, DJ Mahf @ The Gramophone 9 p.m. | $5 The Gramophone says happy birthday to one of the best producers to ever do it. I'll be listening to Donuts at the office all day. (DH) DeRobert & The Half-Truths - Friday @ Off Broadway

Anodes w/ Regret the Informer, Trauma Harness, Laika @ The Radskeller 8 p.m. | $5 Anodes wraps up a nine-day tour with cross-state buds Regret, the Informer. See them both in their post-hardcore prime. (MS)

Speakers in Code's 3rd Birthday with Tift Merritt w/ David Wax Museum @ Off Broadway 9 p.m. | $20/$23 Speakers in Code is a wonderful local blog, run by St. Louis bloggers / die-hard music fans Jason Gonulsen and Katie Guymon, and this is the celebration of its third birthday! Celebrate with North Carolina singer-songwriter Tift Merritt. Check out a recent interview with Merritt on said blog. (DH)

Voyage of Slaves w/ Rites of Impiety, Eternium @ Cusumano's Pizza 8 p.m. | $5 I couldn't find a lot of info on Voyage of Slaves, but YouTube videos of the band's live performance show impressive technicality without delving into anything too mathematical. I dig. (DH)

dada 20th Anniversary Tour w/ Jerad Finck, 7 Horse, This City of Takers @ Old Rock House 8 p.m. | $20 Save for that little break in the early '00s, California rock trio dada has been playing for 20 years. Remember that song "Dizz Knee Land?" You bet you do! (DH)