Jumbling Towers Scored the Movie Build Me A World, Showing at Tivoli Tonight 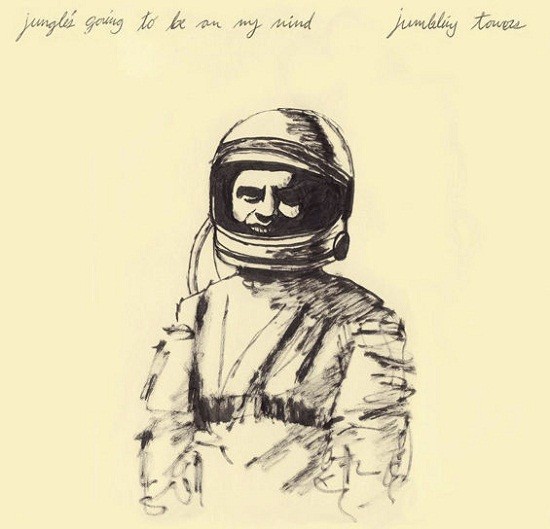 [Jumbling Towers recently contributed the score to the documentary Build Me a World, concerning students in a low-performing high school in Chattanooga, Tennessee. That film will screen at 6:30 p.m. this Thursday, February 7, at the Tivoli (6350 Delmar Boulevard, University City; 314-727-7271). In the meantime, check out our Homespun review of the band's latest, from this week's print edition.]

Jumbling Towers spent its last LP outlining the destruction of a fictional society and the rise of a self-sufficient band of misfit kids. For the band's latest, the fictional façade is dropped: There's more than enough real-life destruction to fuel these beat-driven outré jams. Recessions, workers' strikes and crumbling neighborhoods fill these ten songs to create a post-Occupy soundtrack that, wisely, isn't inextricably bound to any one news cycle while still feeling of-the-moment.

The last LP, 2010's Kanetown City Rips, was an album-length mix of Lord of the Flies and Children of the Corn that found the foursome pushing its jagged, angular indie sound into static-blasted hip-hop rhythms and pop-cabaret piano melodies. Jungle's Going to Be on My Mind continues that thread, ending Jumbling Towers' lengthy hiatus with a familiar feel. Joe DeBoer still sings like a stage villain high on Whip-Its, and his bouncy piano lines provide the most steady guide through these songs -- smart, saccharine pop amid guitar squalls and an always-polarizing lead singer.

"In the Recession" uses a plunking Fender Rhodes to establish a sing-songy rhythm; the next song, the album's title track, borrows more from modern hip-hop and R&B, with an aggressive BPM, spidery piano lines and quick synth stabs. The bulk of the album is driven by Louis Wall's sometimes-crunchy, sometimes-piercing beats -- Wall and the rest of the band blur the line between programmed rhythms and live playing, so a song like the magnificent "At the Cashier's Station" has a metronomic quality that gets peppered with occasional bursts and blooms from a few different sources (synth drums, guitars, DeBoer's delivery). A healthy amount of disorientation has always been part of the game. Equally disorienting is Jumbling Towers' method of releasing this fine record -- no Kickstarter campaign, no Facebook over-posting, no courting of the press. Don't take such a low-key, dignified approach as a lack of confidence; if anything, it's a belief that the music will speak for itself.

Historically, Jumbling Towers has emerged every three years with a surprising amount of content -- normally a full-length quickly followed by an EP. It's such an embarrassment of riches that you're almost willing to forgive them for going underground for so long. This sneak release is no different: It was quietly released on iTunes and other online purveyors two weeks ago, with a physical release planned for the future.