The Real Decade of the One Hit Wonder 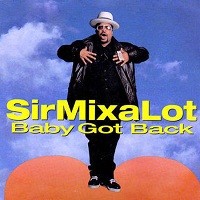 In the last couple of weeks St. Louis has had somewhat of an influx of '90s nostalgia acts coming through town. Sponge played Cicero's, Soul Asylum made an appearance at the Old Rock House and Reel Big Fish just played the Pageant. This got us to thinking....

The '80s are remembered musically for the birth of MTV, the origin of icons like Michael Jackson and Madonna and the introduction of the term "one-hit wonder" into the national consciousness. Certainly, every decade has plenty of artists whose apex lasted exactly one song - I mean, did Antonio Vivaldi have another hit in the 1720s besides "The Four Seasons"? - but the '80s, more than any other decade, carry with them the stigma of being particularly full of short-lived musical careers. Some of that reputation is well-earned, thanks to flame-outs like Toni Basil, The Musical Youth, Nena, and of course, Dexy's Midnight Runners. However, a great deal of '80s acts that the general populace would recall as one-hit wonders had a little more time in the spotlight than many may think.

As for the '90s, however - what is it about that time that is worth remembering? The decade is highlighted by the short-lived grunge explosion, the unfortunate emergence of the "boy band" and the even more unfortunate existence of bands like Bush, Creed and Limp Bizkit. I can't back this up with scientific data (though apparently Harvard has done a little research of their own -- speaking of Soul Asylum), but as someone who lived through the 80's and 90's, I'll take the latter as the home for more bands with blink-and-you-missed-it peaks. For purposes of this column, a "hit" is defined as a song that reached the top ten of the Billboard singles chart.

Below is a short list of '80s musicians regularly identified as one-hit wonders who deserve the same respect afforded acts such as Cyndi Lauper, Quiet Riot and Culture Club.

A Flock of Seagulls You remember: "I Ran (So Far Away)" But you forgot: "Space Age Love Song", "Wishing (If I Had a Photograph)"

My theory is that people became so fixated on the preposterous hairdo of lead singer Michael Score that it made them incapable of remembering more than that and "I Ran (So Far Away)". Unfortunately and incorrectly categorized as a one-hit wonder, the Seagulls' biggest hit is, in this writer's opinion, the weakest song of the three that found their way into the top ten.

Bonnie Tyler You remember: "Total Eclipse of the Heart" But you forgot: "Holding Out For a Hero"

The raspy-voiced Tyler produced one of the most memorable songs of the decade with the impossibly over-the-top "Heart", memorably lampooned in "Old School". From the soundtrack of "Footloose", "Hero" would probably be more easily recalled if Kevin Bacon had angrily and aggressively danced to it in a deserted warehouse.

Simple Minds You remember: "Don't You (Forget About Me)" But you forgot: "Alive and Kicking", "Sanctify Yourself", "All the Things She Said"

No child of the '80s could ever forget the iconic freeze frame of John Bender pumping his fist in the air at the end of "The Breakfast Club" while "hey hey hey heeeeeeeyyyyyyy" plays. In spite of the warning they give in the title of their most-famous song, few remember that Simple Minds hit the top ten three more times, something that cannot be said about the movie career of Judd Nelson.

Laura Branigan You remember: "Gloria" But you forgot: "Solitaire", "Self Control"

The late Ms. Branigan had a nice run in the early '80s, recording one of the biggest songs of the decade along with two other top ten singles. She also originally recorded "How Am I Supposed to Live Without You" before the glorious days when nobody had ever heard of Michael Bolton.

There is not enough room available in cyberspace to discuss all of the musicians who knocked it out of the park once amid a career of nothing but strikeouts. A few are listed below - feel free to add your own in the comments section, there are no shortage of candidates.

Deep Blue Something Nothing to remember but: "Breakfast at Tiffany's"

Sure, on the surface, a song about a conversation about a 1960s movie may sound bad, but then you listen to it and it somehow manages to be worse.

Chumbawamba Nothing to remember but: "Tubthumping"

Leave it to a band with a name like Chumbawamba to consider merely listing all of the drinks consumed over the course of an evening to be song lyrics.

Letters to Cleo Nothing to remember but "Here and Now"

Still an interesting track, "Here and Now" is a catchy tune that blurs the line that probably doesn't exist between female guitar music and white girl rap. More fun than the name of the band is the fact that the song was from the album titled "Aurora Gory Alice". Yes, that happened.

Baha Men Nothing to remember but "Who Let the Dogs Out?"

Laugh at this song all you want, but it will be used in the trailer for every canine-featuring movie from now until the end of time, and Hollywood simply refuses to stop making movies involving dogs that play sports, are from Beverly Hills, or are named Beethoven.

Lou Bega Nothing to remember but: "Mambo No. 5"

On second thought, better to just forget this one.

The Verve Pipe Nothing to remember but: "The Freshmen".

Not to be confused with fellow '90s band The Verve, who was twice the band the Verve Pipe was by virtue of its whopping two charting songs, "Bittersweet Symphony" and "Lucky Man". The Verve Pipe somehow made it all the way to number five on the Billboard singles chart with a song about college that was so plodding and boring it made getting an online degree sound exciting by comparison. I must have missed when the word "Verve" became so popular in the '90s that two separate bands felt compelled to use it in their name.

So there you have it. Definitive proof that the 1990s is the true decade of the one-hit wonder. Harvard, you may end your work on this project and devote all your resources to researching the link between listening to Jason Mraz and ear cancer.