The Ten Best Shows in St. Louis This Weekend: February 1 to 3 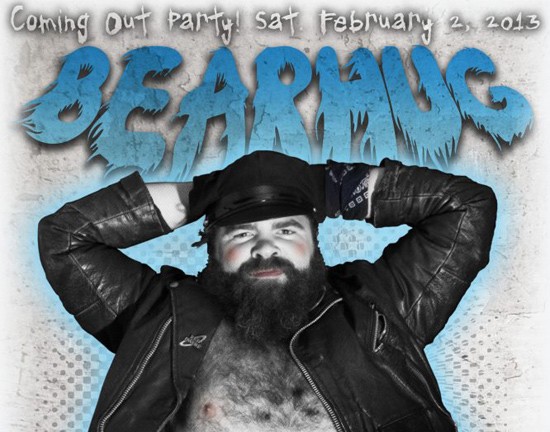 The line-up this weekend is as schizophrenic as the weather! Lesson learned: always wear layers, and be thankful if there's a partially broken umbrella in your desk because it's still better than having to wade home in squishy boots. Dress accordingly, especially if you intend on getting hot and heavy at Scottrade Center with Lady Gaga and the mischievous duo of Daniel Hill and Kenny Snarzyk this weekend. What sort of trouble will these two get into next?

Click ahead for this weekend's show recommendations, including homegrown artists Kristeen Young and Jeremy Davenport. Outside of these ten, there's also a two-fer at Off Broadway this Friday: So Many Dynamos celebrates ten years as a band while electro-poppers Née release an EP.

Arty w/ Matt Hurley, SlantE + Gary Kapusin @ Europe Nightclub 9 p.m. | $15-$30 Russian trance DJ Artyom Stolyarov -- stage name Arty -- released his first music at the age of nineteen and has been steadily rising in status ever since. Arty has been listed as one of the world's 100 best DJs and has even worked with the legendary Paul van Dyk, who was also just in St. Louis last week. (DH)

The Chill Dawgs Record Release w/ Bob Reuter's Alley Ghost, New Madrid, Suzi Trash @ Ye Ole Haunt 8 p.m. | $3/$5 We're not sure how, but this North City bar only just now popped up on our radar. Scope it out and catch some of the Chill Dawgs' party punk blues. (MS)

Bulletpop EP Release w/ Loza, The Ottomen, Acorns to Oaks @ Off Broadway 8 p.m. | $7/$10 If you've had as gnarly of a sweet tooth as me lately, this sugar-coated evening of poppy rock'n'roll ought to help. (MS)

Graveyard w/ The Shrine @ The Firebird 8 p.m. | $12/$15 Swedish rock band Graveyard is a surefire lock for one of the best shows this weekend. The band rips, and doesn't come to the States often -- don't miss out on a rare opportunity to catch 'em. (DH)

Keem Mixtape Release w/ Murphy Lee, DJ Nune @ The Loft 7 p.m. | $10-$15 Formerly Hakeem the Dream, Keem shed the rest of his name following the extensive local hype he received for his 2008 song "Thick Wit It". His new album is said to be more diverse and well-rounded than previous endeavors; make sure to pick up a copy. (DH)