Of all rock and roll instruments, drums require the most physical ability and coordination. Sometimes musicians get so preoccupied with the technical aspect, they forgot that drums are also these loud things that sound cool when you hit them. Here are the six best sloppy drummers. Let us know your favorites in the comments, but don't be a drag about it.

See also: -The Six Most Misguided Career Moves By Ska Bands -The Six Best "Hey!"s in Rock and Roll -The 15 Most Ridiculous Band Promo Photos 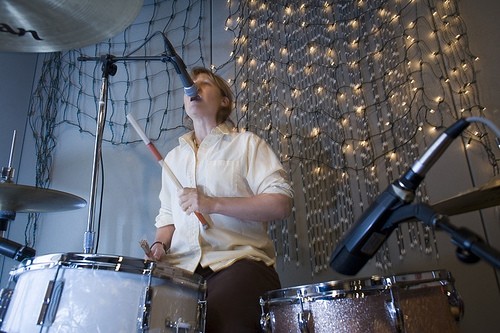 6. Georgia Hubley (Yo La Tengo) Georgia Hubley is the dollar-store masking tape that holds Yo La Tengo's freewheeling indie pop tunes together. Her looseness is chameleonic. She can keep a YLT track like "Ohm" from the band's new album Fade from rocking too hard, or she can push her dynamics to propel a song like "The Story Of Yo La Tango" into emotional overload. Her best work, though, is her dainty pseudo-Latin beat on "Last Days Of Disco," in which every kick, every brushed snare has purpose. 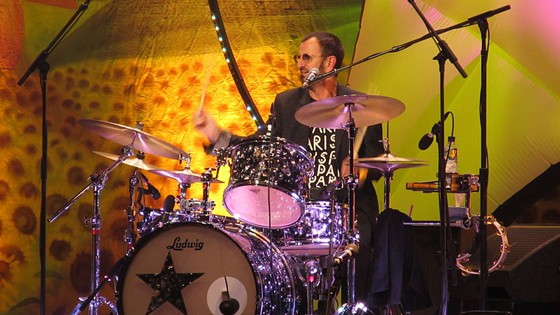 5. Ringo Starr (The Beatles) Ringo gets a lot of crap from musicians for being the least proficient Beatle at his instrument. He is not a great drummer, but he's a great sloppy drummer. It's hard to imagine the band "invading" our country without Ringo's all-smiles backbeats. Some of the most interesting elements of The Beatles, especially in its early stages, come from Starr. His contribution to the song "Help!" is genius; intentional or not, he subversively shifts between a shuffle and straight eighth feel throughout, going especially rigid with his snare fills before the chorus. Ringo isn't Neil Peart, but Neal Peart would have probably played some bullshit on "I Feel Fine."

4. Adrienne Davies (Earth) I don't know much about Adrienne Davies, and the Internet is not much help. I do know that she plays drums in doom-metal turned doom-Western band Earth, and that she is involved with the band's figurehead Dylan Carlson. I also know that she has an amazing ability to hit her snare and ride cymbal on the same beat without exactly hitting them at the same time, meanwhile being a few dozen milliseconds behind on closing her hi-hat. Earth's tunes tend to be in a tempo that is below what most metronomes can handle, and this version of slow is harder than most versions of fast. 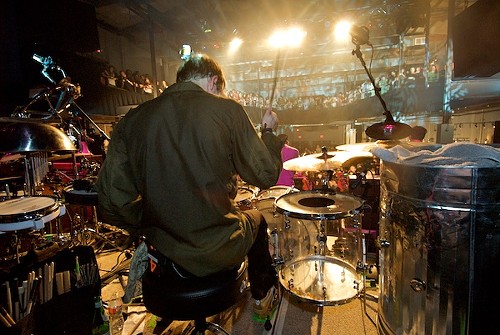 3. Jeremiah Green (Modest Mouse) A punk dude once complained about Modest Mouse to me because "The drummer sounds like he's playing a different song than the rest of the band." Jeremiah Green is the drummer in question, and his enthusiasm for hitting as many drums and cymbals as possible was unstoppable on the group's earliest releases. Check out his playing on "Penny Fed Car," a cut from the album Sad Sappy Sucker - which was initially shelved, probably due in part to Green's uncontained performances. Dude's a slop monster. His playing peaked on 1997's Lonesome Crowded West, and in the years since he's become less interesting as he becomes more technically solid. 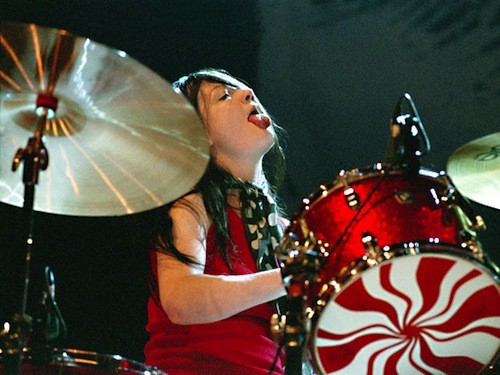 2. Meg White (White Stripes) If Meg White sucks, as people often say she does, then why has every Jack White project not called White Stripes been inferior? Part of this phenomenon is certainly the creative energy the Whites bounce off each other, but a bigger part is Meg's fearless sloppiness. "Dead Leaves And The Dirty Ground" sounds like her drum kit is made of bombs. It's hard to find a drummer in an important band in modern history who cares less about keeping a solid tempo. She pushes, pulls, shoves, yanks. But each "imperfection" is human, and it makes The White Stripes' music breathe. Next time somebody complains about Meg White, put on a Raconteurs record and try to figure out why it's kind of lame. 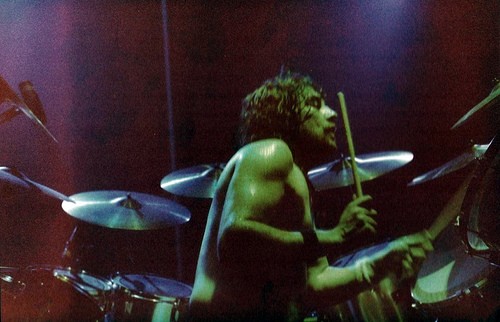 1. Bill Ward (Black Sabbath) Like most sloppy drummers, Bill Ward eventually became un-sloppy. But, man, those first few Black Sabbath records, Ward was a straight-up caveman. The first big drum fill on "Iron Man" will always remind me of the scene in 2001: A Space Odyssey where the ape man figures out he can use bones as a weapon. When "Sweet Leaf" speeds up around the solo, Ward barely pulls off those runs around the toms. He hits the rim on accident at 3:00 and trails off a few seconds later on a different fill. The band had the resources to fix or redo these parts, but the band thankfully also had the resources to leave them in. Sabbath gets credit for inventing the "doom metal" genre, and that laid-back sledgehammer feeling that defines the style is textbook Bill Ward. In the lexicon of metal drummers, he's up there with Lars Ulrich, and Lars Ulrich sucks. More specifically, Ulrich's sloppiness on early Metallica comes off as weakness. Bill Ward is the best sloppy drummer because his sloppiness gave him strength.