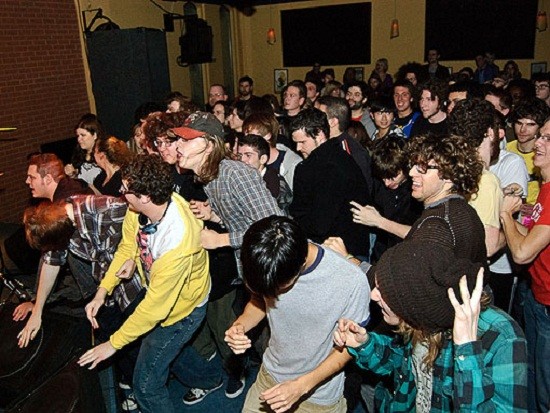 The creative minds behind KSLU, St. Louis University's campus radio station, shift in tandem with every new semester. Recently-appointed Music Director Jill Cherkas helms new efforts to increase the station's involvement in local music through several avenues. One goal is to revitalize the Billiken Club, which has served as venue to Bon Iver, Apples In Stereo, Beach House, Maps & Atlases, Zach Hill, Japandroids and many others until closing its doors in late 2011.

Continuing the trend of damn good musical taste, Cherkas and the rest of KSLU will begin new collaborations with local music by hosting the first station-endorsed concert at Plush on January 25. Acorns to Oaks, Adult Fur, MME, Golden Curls and Troubadour Dali fill out next Friday's event with a trusted line-up of mixed sound.

The diverse bill serves to celebrate the launch of KSLU's new website and ceremoniously kick-start the station's grassroots campaign toward funding events at the Billiken Club.

"We want to be bringing local bands into the Billiken Club at the end of the Spring semester," says Cherkas. "We'll raise money or get it into the budget to build the Billiken Club back up into a place that will host touring bands, hopefully by next semester."

In Summer 2011, a faculty shift ended in a loss of funding for The Billiken Club's events. The old advisor left, and since the Billiken Club wasn't its own Chartered Student Organization, the funds were distributed elsewhere in the student center's budget.

January 25 is only the first of many future concerts endorsed by KSLU. Through working with Plush, the station can curate events in an accessible space until funding and plans for the Billiken Club are finalized. Following supported events at Plush, KSLU aims for a music week much later in the semester.

"We want to get KSLU more involved in the local music community and scene," Cherkas says.