The Ten Best Shows in St. Louis This Weekend: January 11 to 13 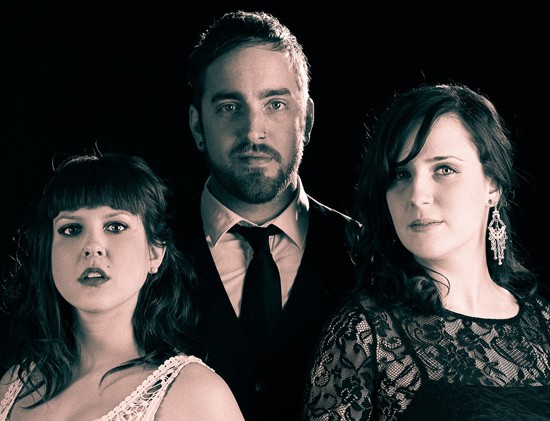 Making an album is a damn fine accomplishment, be it a self-mixed basement recording hand-dubbed to limited tapes, a mass quantity of printed CDs that might ultimately end up in the bargain bin or even a pricier high-end studio recording committed immortally to vinyl (ok - perhaps records are a tad more susceptible than I'm making them out to be). Whatever the case, the initiative and hard work required are certainly to be noted.

A slew of St. Louis artists are releasing new material to start the year off strong. As noted in this week's show announcements, artists such as DinoFight! and Thelonius Kryptonite have release parties planned for the next month or so. This weekend, look forward to fresh tracks in compact form from Melody Den, Wax Wine and The Trophy Mules. Read on for more on these shows and the rest of this week's picks.

Post Xmas Multimedia Satanic Meltdown: Solidarity with Satan w/ Kevin Harris/Nathan Cook, Wamhoda, No POMO/Textbook Punk @ Blank Space 9 p.m. | This weirdo dance party features visual media from local artists to accompany "the soothing sounds of solar-techno-lazer-house." Not sure what that means? Neither are we, and there's only one way to find out. (MS)

The Trophy Mules CD Release w/ The Bob Band @ The Stagger Inn Again 9:30 p.m. | $3 I had not heard this band before going over the shows this weekend, and once I found some streaming tracks I listen for the next hour at least. Exceptionally well-played, pleasant country / americana. (DH) The Scam - Sunday @ Lemmons

The Scam w/ The Haddonfields, The Unmutuals, Gerry's Kids @ Lemmons 6 p.m. | $5 Gerry Lundquist, trombonist of Skankin' Pickle and hometown heroes MU330, has mounting medical bills and could use your help! Read more about it here. (DH)