Lita Ford, Doro Pesch, Elaine LaRussa. Names that come to mind when thinking of the top heavy metal babes of all time? Not exactly, but it seems the wife of the man who led this city's baseball team to two World Series championships may prefer the mosh pit over the dugout herself.

Singer and guitarist Robb Flynn of the metal band Machine Head posted in a blog on the band's official website yesterday about an encounter he had with La Russa in a supermarket.

I'm walking through Whole Foods in Walnut Creek talking on the phone to my friend Tom when a lady and her daughter approach me wide-eyed. "Are you fucking Robb Flynn?!" ... "I could be..." They scream with delight and make a big ol' to-do, "oh my god, we're huge fans, I love 'The Blackening', I'm Tony La Russa's wife!"

At first I thought this was just Flynn misinterpreting the events to make him sound super-cool to his fans. I myself once met Al Jourgensen from the band Ministry, completely at random while on tour in Utah. His girlfriend made fun of my band's name, which became a story that my bandmates quickly upgraded to "Al Jourgensen's girlfriend is a fan of my band!" Now, I know full well she did not, in fact like my shitty band -- this lady was hanging out with Uncle Al. She's got taste. But it definitely made the run-in sound way cooler.

Embellishment doesn't seem to be the case for Flynn, as La Russa later made an appearance at a Machine Head gig at the Warfield in San Francisco, along with her baseball heavyweight husband (I like to think they got in an argument before the show; Tony probably wanted to go see a performance of Cats or something instead). According to Flynn this led to an invitation from Tony himself to perform at his annual Animal Rescue Foundation benefit.

It's an anniversary gift for his wife Elaine, who is a raging metalhead... like, bananas for super-random-obscure-euro-metal kind of metalhead. Elaine La Russa is the real deal, folks. 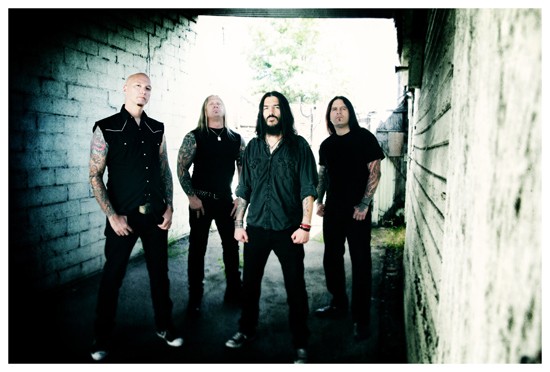 What exactly does this mean? Is this supposed to be some ultimate validation that it's okay to like metal music because billionaire baseball wives like it too? Or that the Cardinals' many victories are due to La Russa prepping her husband for battle, forcing him to listen to Amon Amarth while wearing bullet belts around the house? I don't really think its either.

While the evidence is clear that La Russa does indeed fancy the band Machine Head, an interview from Belleville's Lipstik blog paints a picture of slightly less than the "real deal."

-KISS - Not metal. Not even a band really. -Metallica - Any real metal head will preface this band's name with the word "early" and then an immediate "Lars sucks." -Black Eyed Peas - This group is friends with Oprah or something. Not metal. -Guns N' Roses - If she can tell you the name of a single song on Chinese Democracy then she is disqualified as a fan of music, period. Also: not metal. -Iron Maiden - Okay, well yeah. Fuck yeah, Iron Maiden. -California Symphonies - Are they the little guys that sing Marvin Gaye songs and dress like sun-dried fruit? Then I don't care. Very not metal. -Journey - Okay, you're just fucking with me now, right? -Yanni - I don't even know what we're talking about anymore at this point.

She clearly likes a couple "harder" bands, but no more than your average mom at any supermarket. The fact that she even likes Machine Head seems like something that could have happened on accident -- maybe she just discovered them one day while searching for the excellent Deep Purple album of the same name, or God forbid, that rancid turd of a Bush song.

Good for her for being open-minded enough to enjoy some heavier bands, but a super-raging-metal-head-hard-core-heavy-music-fan? It's not like she tattooed the goddamn Obituary logo on her back and fought a cop while shitty drunk on Jagermeister -- she just likes a couple mainstream heavy metal and hard rock bands. It's not that unusual.

Now I have to give Flynn the credit he deserves: The man played in Vio-lence back in the day and was even one of the founding members of the band Forbidden. But rather than thinking this gives the band some sort of cool factor, I actually find this new development more useful in arguing that Machine Head is pretty generic and not a very good metal band.

"Dude you actually like Machine Head? What are you, Tony La Russa's wife?"