Win Tickets to Grace Potter and the Nocturnals at the Pageant 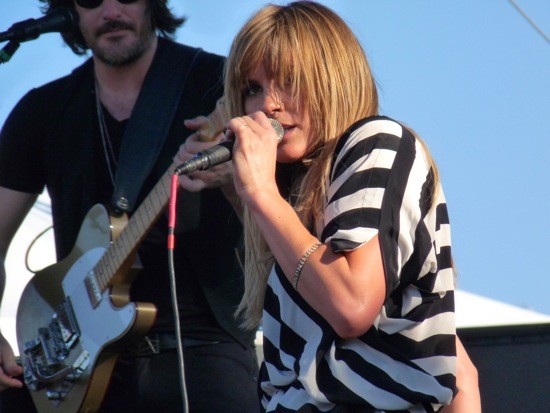 Grace Potter and the Nocturnals are coming to the Pageant on Thursday, January 10. They'll be joined by Langhorne Slim, and the show is way sold out. BUT: It's not too late to have the lovely Ms. Potter make eyes at you while also rocking your face off (it's true; I've seen it!). We have a pair of tickets right here at RFT Music headquarters just waiting for you.

To win, tell us what your band would be called if it were styled in this way: For example, Kiernan Maletsky and the Hung Jury. You don't have to use your actual name, but you do need to give us some way of contacting you. You may enter in the comments or on our Facebook or Twitter pages, links to which you can find below. Go!

This year's The Lion, the Beast the Beat is spectacular -- the titular track is among my favorite rock songs in recent memory. Check it out: