St. Louis Music in 2012: Break 'Em Off with a Little Review of the Remix 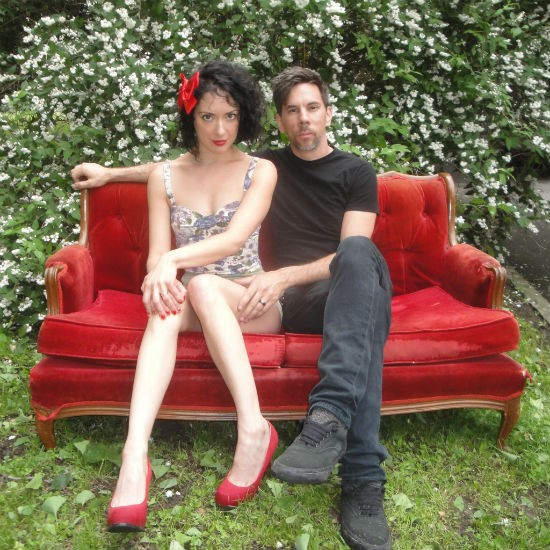 In the decade I've been writing about national and local music for the Riverfront Times, there's been a near-constant rumble on how our city's bands, clubs, bookers and fans should refer to themselves. Are we a "scene" or are we a "community?" The difference is easy enough to parse - scenes are exclusive, communities are inclusive. At our most charitable we preach inclusion, a come-one, come-all spirit that's based in the knowledge that St. Louis' music culture is not so big or profitable to exclude anyone. Of course, that doesn't stop the shit-talking, the hierarchies and the social jockeying.

But in looking back on 2012, I'm struck by how a simple, well-worn tool serves as a symbol for boundary-breaking community building: the remix. Remixes have long since passed out of the provenance of solely hip-hop and electronic artists; any reworking of a track is technically a remix. Even Jay Farrar included one on his ThirdShiftGrottoSlack EP at the start of the millennium. But the prevalence of St. Louis artists swapping tracks and reinventing each other's work crossed nearly any genre you can name and made a strong case for a capitol-c Community.

Look (and listen) to Adult Fur's 2012 RÁN for starters. Producer and instrumentalist Ryan McNeely's project has touched on hip-hop, psychedelia and trance music since he began recording under the moniker, but by inviting his friends and collaborators to take a swing at his catalogue, the remixer became the remix-ed. Née's Kristin Dennis takes a Tef Poe cut to angelic heights, Trifeckta added some spirited bounce, and locals in Ou Où, Black James and Loose Screwz re-imagined McNeely's work in ways that revealed both the song's native qualities and the interpretive verve of the remixers. Many of these acts now align themselves under the FarFetched Collective, and that group's Prologue comp from this past January, as well as its coming out party in September at Plush, is perhaps the best evidence of this musicians-without-borders aesthetic.

"I think a remix ought to make the listener hear the song in a way that they could not have previously," said McNeely. "Sometimes a remix can reveal meaning in a track that was originally not perceivable."

CaveofswordS contributed to the RÁN album as well, and the band (helmed by husband and wife duo Kevin and Sunyatta McDermott) made its recording debut with this year's Silverwalks. In an early-summer conversation with the couple for an RFT feature, they discussed how their band's hard-to-define sound made finding compatible bills and (there's that word again) scenes difficult. But since their record came out and their stage show has become more finessed, the McDermotts have had no trouble finding like-minded friends to mangle and deconstruct their work. Skillwavers, a remix album of last year's LP, is due to drop in January. It features some of the FarFetched crew (Scripts N Screwz Damon Davis and McNeely both contribute) as well as reimaginings from J.J. Hamon of Demonlover, guitarist and retro-styled funkateer Mikey Wehling, and dream-pop band Spectator.

Kevin McDermott ruminated about the process of assembling collaborators. "We knew we'd have some ringers with our more tech savvy friends, but I was really kinda more interested in the folks who'd never tried anything before," said McDermott. "Getting good musicians out of their comfort zone seemed like a really fun exercise for everyone."

McDermott also touched on this idea of community, both as it relates to the artists involved and the listener's experience. "We also had an idea of building a stronger music community by giving the listener a common thread, with the source material, to ease into some other genre's they might not have much knowledge of. And to bring together a diverse crowd of remixers to be part of a project that may give them new ideas for when they get back to writing their own stuff."

That spirit of community and collaboration led to one of the more interesting recording projects of the year, and a series of remixes that began from relatively unadorned roots music. When the Brothers Lazaroff were preparing to release Science Won in the spring, they asked a few friends from St. Louis and abroad to preview the album by recording one of the LP's tracks. It was an act of interpretation before the source material was even aired. But the Brothers didn't stop there.

In November, the band released Science Won Remix, a 13- track album featuring contributions from Lamar Harris, Thelonius Kryptonite, Mathias and others. For David Lazaroff, it was a way to tie in other influences within a fairly acoustic record.

And once again, that thread of community came through at the album's listening party, held at Lola last month. "It all felt very supportive," said Lazaroff. "We were all cheering each other on and collectively proud of the finished product; that formed it's own narrative that parallels and builds upon the themes on the album."

So that's what I liked about this year - a perpetual game of musical ping-pong with a rotating cast of characters that we're all lucky enough to watch. You might even call it an exercise in community-building.