The Ten Best Shows In St. Louis This Weekend: December 21 to 23 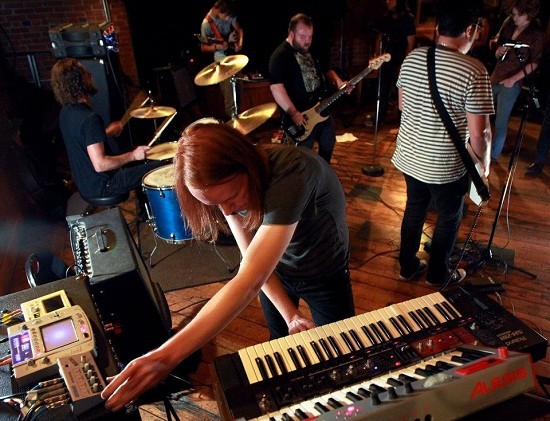 So yeah, in case you missed it: Hello, I will be your new music editor starting January 7. I now completely believe that the world is going to end this weekend, because the fact that I got myself a full-time job that I don't hate is frankly too good to be true.

Actually, wouldn't it be funny if I really did just go batshit cult-crazy and totally bought in to this Mayan Calendar stuff, 100%? Like, if police arrested me on Saturday night, running through the streets in a loincloth, looting stuff and drunkenly slurring biblical references in between bars of overly-obvious REM songs? And then having to explain to my bosses on Monday (likely via collect call from County) that I just "really, really thought it was gonna happen!" I personally think that shit would be hilarious, but I got this weird tic wherein I'm just overall infatuated with the concept of last-minute failure in general.

Shows! There are three big show releases this weekend: Tone Rodent, Rum Drum Ramblers and the Cuban Missiles will all grace the city with new slabs of wax. Get the details on those and the rest of our picks below.

Last Show on Earth w/ Bo and The Locomotive, Magic City, David Vandervelde, Old Lights, Pretty Little Empire @ Off Broadway 7:00 p.m | $5 Some of St. Louis' best indie rock bands alongside an out of town guest and a monster from somewhere in the swamp. (KM)

Local H @ The Firebird Shows Friday, Saturday and Sunday 9:00 p.m. | $12/$14 Local H returns! Our proximity to Chicago serves us well in this regard, methinks. (DH)

The Breaks @ The Firebird 8:30 p.m. | $5 One of the most promising bands in the city is back and playing shows again after a long absence and a member change. (KM)