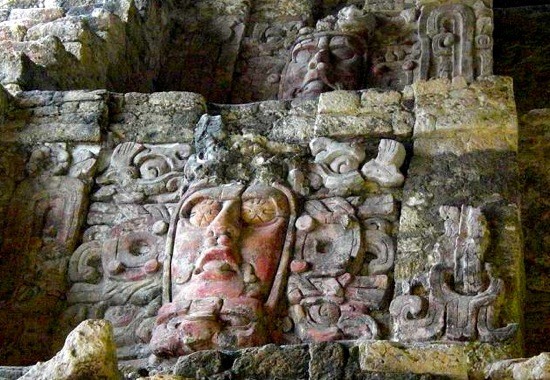 The Mayan Calendar says 2012 is the end: This Friday, December 21, specifically. and John Cusack likely won't be around to save our sorry asses.

While some folks may be hoarding dish soap and cashing in on fear of the Mayan apocalypse, St. Louis musicians are having none of that. We asked local performers how they'd react if the four horsemen appear on Friday, and it's clear that our songsters plan to go out in style. As Ke$ha wisely says, "We're gonna die young." 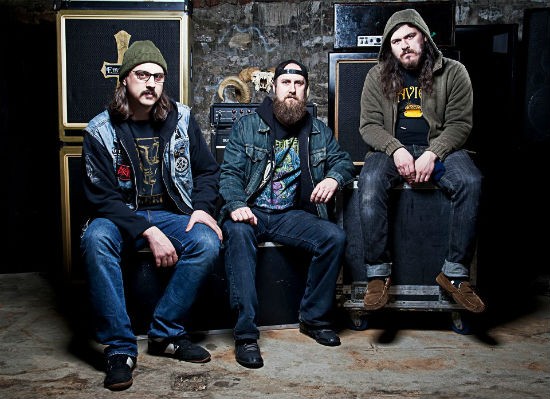 This is probably your fault.

I'd probably listen to "Surfin' Bird" by The Trashmen until sweet death takes me.

Coked out, doing 100 miles per hour towards the massive explosion while cranking The Trashmen and screaming along to the lyrics until the fallout swallowed me.

The one thing I would tell my fans seconds before death is THANK YOU! Hopefully my heartfelt appreciation will help them remember me on the other side and they'll buy my next album of psalms and hymns.

The song I would want to be listening to or singing is Donny Hathaway's "Someday We'll All Be Free." The lyrics alone remind you that what's on the other side is far greater. My favorite verse is when he sings "Keep on walking tall, hold your head up high /Lay your dreams right up to the sky/Sing your greatest song/And you'll keep, going, going on."

I would cuddle next to my three-year-old daughter and my mother in her bed. 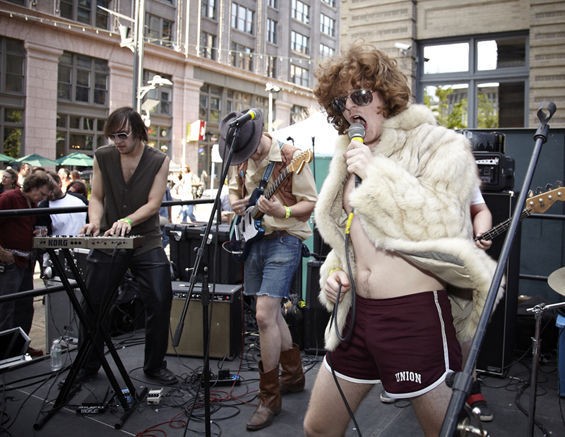 The song would probably depend on the type of carnage. Be it universal and we're all of sudden sucked through space into a super dense singularity, I'd be listening to NEU's "Hallogallo." If the apocalypse is more of an earthly/cultural collapse, I'd be listening to Warhammer 48k's "Ethereal Oracle" in its entirety, preferably heard through the St. Louis City's sirens.

Without a doubt, I need to go out rollerskating at the Skatium, listening to a bunch of my friends' bands and mine own. Andy Lashier would also be there because he was able to find a babysitter at the end of times.

Everything was beautiful and nothing hurt.

What song would you be performing?

I would want to be on stage playing our song "Old Man Winter" with all of my friends on stage singing along!

I'd want to go out in a blaze of glory, of course.

If it's truly an apocalypse, I don't think I'll have much choice. Just something fast and painless.

There are so many things I'd want to tell those guys, but all of them would basically boil down to a simple "I never really liked any of you".

What song would you be performing?

That's a hard call, but I guess I'd have to go with "For Whom The Bell Tolls" by Metallica. I think that'd be a fitting way to usher in the apocalypse. Plus, I've always wanted to play drums on that song and never had the opportunity. Better late than never, I suppose.

What would you tell your bandmates seconds before death? I would say "I love you, shithead" to each of them. That is, assuming we weren't currently playing at the Firebird, since we are opening for Local H that night.

What song would you be performing? "Worms," one of our newer songs.

How would you want to go out? I would like for my apocalyptic death to be from my cat, Mogwai, who would become frazzled by our impending doom, take a cab to the Firebird and hug me to death. Shortly after that, the world can blow up or whatever.

I would tell my fans I have lived and fought to make Christ known, and now i shall behold his face. Our eyes will close today and open on the other side of eternity and behold in full what we only have seen in part. I pray to see you there. (I would say it in a real lofty way, like Martin Luther King or Abraham Lincoln, LOL.)

I would want "My Redeemer Lives" by Nicole C. Mullen. I probably would be singing along with it sounding horrible with my eyes welled up. I would pick this song because it always reminds me verbally of the hope that found me in my darkest hour and lowest point, when I was running around St. Louis, high and selling drugs on my way to a grave or a cell. It reminds me of the hope i have that Jesus is real. Because He is alive, my hope is alive and everlasting. Death can be a scary thing, and i would imagine needing that hope at such a time.

Even when i was in the street, I always imagined going out on my death bed, saying some stuff to my friends and family that would impact my family lineage for decades to come. But since we all would be going out together in this case, I would definitely have my favorite meal twice that day, which would be a tie between Chick-fil-A, Five Guys or Jimmy John's. I would spend all of my day with my family, wife, children and friends. I would call all of my family and share that same hope that I found, so I would know that they would be with me on the other side of eternity.