The Ten Best Shows In St. Louis This Weekend: December 14 to 16 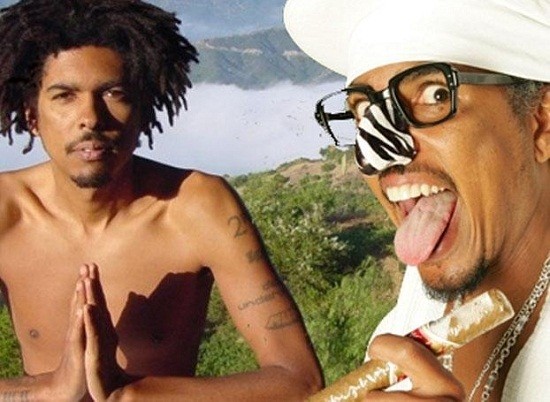 So whoa, Kiernan's leaving. This is the man that got me my start around here: I replied to an open call on the RFT Music Facebook page for writers, Mr. Maletsky in turn got me a job and now my days are spent babbling online about music rather than driving around in my car slinging pizzas. His departure is too soon.

And holy shit, what about the as-yet-unknown new guy / gal? I've grown accustomed to a certain level of relaxed-icity from my Music Editor. Like, I can still roll in to work late as hell every day right? Drinking beers on the job still kosher? What about no-pants Wednesdays? These are the things that plague my mind.

It's been said before by people all over town, but Kiernan: You will be missed in the city of St. Louis. Good luck and safe voyage; Dallas is lucky to have you. Now don't replace yourself at the RFT with some uptight jackass; I got a free-wheeling rock star lifestyle I'm trying to maintain up here, damn.

Click through to see our picks for this weekend's best shows.

The Brainstems @ The Heavy Anchor 9:00 p.m. | $5 The tape is brash and sneaky catchy and I recently learned that it doesn't have shit on the live show. (KM)

Cory Chisel and The Wandering Sons @ Off Broadway 8:00 p.m | $12 Cory Chisel is really good -- he had the Norah Jones crowd begging for more at the Peabody. But as steller as that will be, I'm in it for opener Tim Gebauer, who takes his songcraft mastery out of the unannounced open-mic circuit for the first time tonight. (KM)

Every Time I Die w/ The Chariot, LetLive, Kills and Thrills @ The Firebird 8:00 p.m. | $15 I always read this band's name, in my head, as an exclamation of frustration uttered by a person playing a video game. As in: "EVERY TIME, I die!" I don't know why. (DH)

Jack Buck w/ The Conformists, Fake Limbs @ Schlafly Tap Room 8:00 p.m. | Free Jack Buck has been a little quieter lately -- good thing this bill will make more than its share of noise. I don't know if Jack Buck has any of its wooden-case 7"s left, but if so I'm buying one. That thing is incredible. (KM)

Celia's Yuletide Express Secular Holiday Sing-a-long @ Off Broadway 3:00 p.m. | Free Last week's was cancelled but this one goes on! From our recommendation seven days ago: "No one embodies the non-exclusionary, genuinely awesome portions of Holiday Cheer more effectively or consistently than Celia." (DH)

The Business w/ The Pencil Dicks @ The Firebird 8:00 p.m. | $5 Lace up your boots and pull on those suspenders. Working class, Guinness, oi and other stereotypes! Don't let the band leave the stage without playing "Drinking and Driving," duh. (DH)