Out Every Night: The Best Shows From December 10 to 16 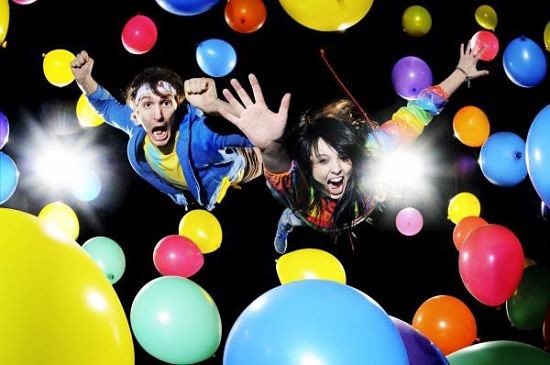 And now a Public Service Announcement from RFT Music:

It's wintertime, folks, and you know what that means: It's cold! And as we all know, in the cold, everything dies. The trees, the bugs, at least one ill-prepared bird I found in my side yard -- and most important for the purposes of this post: the pipes in your house, which tend to die in an especially explosive, wet way. When the temperatures drop to pipe-murdering winter lows, it is important to turn off the valve that runs to the outside line of your house.

Temperatures dropped to this breaking point overnight last night. I know because I was awake today at 6 am doing cool rockstar shit (read: late-night / early morning bathroom emergency) when I noticed that the water flowing from my faucets had no pressure. Peering outside, I saw a river flowing in front of my house, from up the street, that I didn't remember being there before. Apparently one of my neighbors doesn't know that cold kills pipes (or rather, didn't), and it helped me to learn that my garage is apparently the lowest point on my street.

Save the pipes. Save the tools on the floor of my garage. Turn off your fucking outside line, goddamnit. There are shows this week; check 'em out:

Soulard Blues Band Mon., 8:30 p.m. December 10 @ Broadway Oyster Bar - $5 By RFT Staff The Soulard Blues Band has had a remarkable run as one of St. Louis' most durable and popular blues acts. Fans have stuck with them through many personnel changes and stylistic shifts, and their continued patronage has always been rewarded by a fine crew of singers and players assembled by bassist, bandleader and sole founding member Art Dwyer. The current edition of the band more than lives up to its hard-earned reputation.

Math The Band Tues., 8:00 p.m. December 11 @ Lemp Neighborhood Arts Center - $5 By Ryan Wasoba Math the Band was born when students in a college-credit high school calculus class hacked their graphing calculators to make glitchy, mid-fi drum beats, dusted off their parents' Casios and transferred a life's worth of science quizzes and comic-book fantasies into song form. This back-story is (probably) completely inaccurate, but the sounds of Math the Band paint a delightfully immature portrait of angst-less teenage life on the suburban streets. The Rhode Island band's über-nerdy, yelping, prepubescent synthpop (think Atom and His Package covering the Rentals) tackles tough issues such as algebra teachers, water evaporation/condensation, and the scandalous rift in nomenclature of a classic recess activity ("Four Square vs. Square Ball").

Silversun Pickups Wed., 6:00 p.m. December 12 @ Peabody Opera House - $35 By Michael Dauphin From this 2010 show review: As the sun descended and storms migrated closer to downtown, the breeze picked up and provided perfect pre-Silversun Pickups relief. After an out-of-place plug by a local news personality for some sale on notebooks at Wal-Mart (seriously?), the Pickups hopped on stage and made it clear that they had no problem with enduring a little bit of cooling rain. From there, the fog machines cranked on and the strobe lights flickered as SSPU barreled through Soldiers Memorial with enough fuzzed-out distortion to knock Jesus & Mary Chain on its ass. Layers of bouncy bass lines, wheezy piano arrangements and machine gun snare drum bursts offered the perfect musical backdrop to accompany the impending storms. Singer Brian Aubert's Billy Corgan-esque wailing bounced off the buildings surrounding the park, and whipped around in the wind, providing an almost dizzying effect. For a four-piece, the Pickups packed in a wall of sound. It's no wonder the band has received so much industry buzz.

Bobby Bare Jr. Thurs., 8:00 p.m. December 13 w/ Eef Barzelay @ Off Broadway - $12 By Michael Dauphin On paper, a Bobby Bare Jr. and Eef Barzelay tour pairing leaves one scratching his head. Bare Jr., a wandering minstrel from Tennessee who comes from historic honky-tonk lineage, is known for his songs of debauchery and self-destruction. Barzelay, meanwhile, is an Israli-born and self-proclaimed "nice Jewish boy from New Jersey," and he cut his teeth fronting the buttoned-up, twang-tinged indie band Clem Snide. The pairing seems unlikely, but when you dig deeper, it makes sense. Both offer thoughtful folk lullabies sung through fragile voices and an even more-so delicate essence. Victory Lap: Bare Jr. and Barzelay just brought this same bill to Off Broadway back in August. If you missed them the first go-around, here's another chance to witness the duo's undeniable on-stage chemistry.

Every Time I Die Fri., 8:00 p.m. December 14 w/ The Chariot, LetLive, Kills and Thrills @ The Firebird - $15 By Ryan Wasoba Since Every Time I Die originally stepped out of the metalcore herd by infusing its tracks with Dimebag Darrell fretwork, no description of the group seems to be complete without the use of Southern as an adjective. Through years of refinement, the Buffalo, New York, band is gradually shifting geography, its rock and roll hardcore recalling the '90s circle of San Diego bands that included Drive Like Jehu, Hot Snakes, and Rocket From The Crypt. Today's spin kick ninja kids don't particularly care about Jehu, but the further west ETID ventures, the fewer banjo intros to sit through before the breakdowns. Midwest Ties: ETID's recently departed bassist Josh Newton cut his teeth in Kansas City indie bands Shiner and Season To Risk and was a hired gun for Reggie And The Full Effect.

Cory Chisel and The Wandering Sons Fri., 8:30 p.m. December 14 @ Off Broadway - $12 By Roy Kasten The number one son in Cory Chisel and the Wandering Sons isn't a son at all, but you'd better smile when calling her "daughter." The charismatic voice of Adriel Harris is exactly what Chisel's semi-Southern soul (he originally formed the band in Wisconsin) songs need to avoid becoming mere John Hiatt rip-offs, though there are worse crimes for a budding Americana songwriter. Chisel is a believable romantic, unafraid of pure sentiment and folksy nature trips, but he also has enough edge to land a cut in a motherfucking Samuel L. Jackson film and enough sense to give Harris plenty of room to harmonize. Last Time: Chisel and Harris opened for Norah Jones at the Peabody Opera House in October and had the audience demanding an encore after their short, almost Civil-Wars-esque set.

Grace Potter Sat., 7:30 p.m. December 15 w/ Train, Tristan Prettyman @ Peabody Opera House - $36.50-$66.50 By Katie Moulton "We're devoted to never nailing down exactly what we are," says the namesake siren of Grace Potter and the Nocturnals. Critics agree: Although they've called the Vermont-based classic rockers "big on the jam-band scene," and pegged lead singer-songwriter Potter as a "Dustier Springfield," that doesn't quite do the band's music justice. Fans don't seem to mind the ambiguity, however. Thanks to the steamy breakout single "Paris (Ooh La La)," the Nocturnals' bluesy retro rock -- and the band's vivacious, long-limbed frontwoman -- is flaring up in the public's consciousness. After Potter stole the show (alongside Heart!) on VH1's Divas Salute the Troops special, the band's 2010 self-titled album rocketed to the top spot on iTunes, beating out one of its biggest influences, the Beatles. The down-to-earth goddess in the sparkly mini-dress will heat up the Peabody this Saturday as part of Y98's Christmas show.

mr. Gnome Sat., 9:00 p.m. December 15 @ The Firebird - $10 By Christian Schaeffer Unless we're talking about Gilgamesh or Faith No More's big hit single, the word "epic" should be given its denotative due and used sparingly. Still, it's hard to think of a better word to describe what mr. Gnome is after on its latest album Madness in Miniature. The Cleveland-based duo (Nicole Barille on guitar and vocals and Sam Meister on drums) makes a big, knotty, righteous sound with a few parts. "House of Circles" moves from a breakbeat rhythm and Barille's disembodied vox to Black Mountain-esque levels of martial heaviness and whip-smart riffage. If the word "epic" is off the table, then words like "badass" will have to suffice. GnomeTV: If the song "House of Circles" suggests its own little universe, it's nothing compared to the batshit video that mr. Gnome made for it -- picture a green-screened Steampunk fairytale mixed with live-action anime and you're a quarter of the way there.

The Business Sun., 8:00 p.m. December 16 w/ The Pencil Dicks @ The Firebird - $12 / $14 By Daniel Hill Since 1979 London's the Business has been playing working-class punk rock anthems, helping set the precedents that would define the curiously-named genre of oi music. Shaved heads, boots and suspenders (but don't be confused; no racism to be found here) define the style and the Business defines the music. The Business tends to draw well in St. Louis, and a rowdy, drunken good time is had by all.