Gift Guide for Musicians We Love (and Love to Hate) 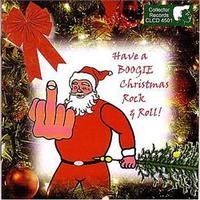 Last week, I received a surprising call from the North Pole. Apparently Santa Claus has become a fan of my column and wanted some musical selections to play in his sleigh on the big night. "Anything but 'I Saw Mommy Kissing Santa Claus', I was told. "Mrs. Claus always looks askance at him when they hear that one." The elf on the phone then asked if I would help with gift suggestions for those in the music industry, a task I was pleased to take on. Some of my suggestions follow, and I think you'll be able to tell who has been naughty and who has been nice this year.

The Strokes: A female co-lead singer. The Strokes are in a seemingly irreversible decline and desperately need to think outside the box. Ideally, Saint Nick would give drummer Fabrizio Moretti a time machine to prevent him from getting involved with career-killing Drew Barrymore, but Justin Long and Tom Green asked first. Pairing an airy female voice (think Feist) with the low droning of Julian Casablancas might alter the recipe and give this once-great band a second life. Note to Ke$ha: No need to apply for this position. You somehow got your audition and failed miserably. Yeesh. 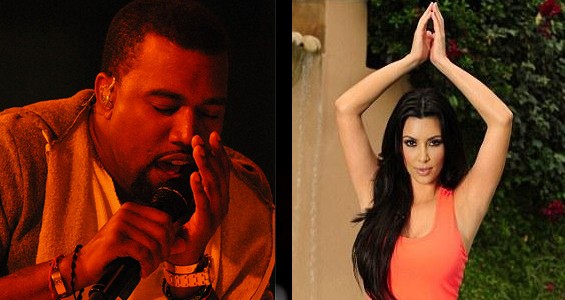 Kanye West: A new girlfriend. It is, to say the least, an unsettling feeling to think of West and his years of nearly non-stop buffoonery and still have the thought, "He can do better."

John Mayer: A job as a guitarist in a band. Mayer is a talented musician, but his voice is atrocious and Hallmark thinks his lyrics are hokey and saccharine. Mayer could be a great lead guitarist and accompanying vocalist in a garage-blues band. In addition to putting his career on a new path, maybe being just a guy in a band will tamp down Mayer's massive ego and quell his penchant for douchebaggery. Bob Mould: Long-overdue induction into the Rock and Roll Hall of Fame. In a legendary career still going strong in its fourth decade, Mould fronted the legendary punk band Husker Du and 90's rock trio Sugar and has had an outstanding solo career as well. In 2012, he proved he is far from done with his best work in years with "Silver Age".

Reality Singing Shows: A viable recording artist. Not that Santa wants good things for the glut of instant-celebrity karaoke shows littering our television screens (I certainly don't). However, if tens of millions of Americans are going to invest their time in this type of "entertainment", the least they should receive in return is a recording artist with staying power more than once every five years or so - pointing to Carrie Underwood and Kelly Clarkson has passed its statute of limitations.

Ryan Adams: A musical filter. I am not sure such an item exists, but the incredibly prolific alt-country rocker Adams is in need of something to prevent him from turning his every thought into a song. Dude - you are married to Mandy Moore, feel free to take a couple months off.

Thom Yorke: Dancing lessons. Or the medication it will take to stop whatever it is that Yorke does on stage during Radiohead shows and throughout the borderline-disturbing "Lotus Flower" video.

John Travolta: a year's worth of pre-paid massages. Sure, it may sound like a dangerous idea, but remember that when Travolta has too much time on his hands, he records Christmas albums with Olivia Newton-John. My wife: A permanent divorce. Not from me, but from country music. (Editor's note: No, the author's wife is not a musician. Though if enough people stop buying crappy pop-country, rah-rah-white man Nashville schlock, maybe it will die and that would be a gift for everyone.)

Bon Iver: A recording session with Danger Mouse. James Mercer of the Shins felt he and the band were in a rut, so he and Mouse (ne Brian Burton) formed the side project Broken Bells. The result was an excellent album and a revitalized Mercer, whose re-tooled Shins had a strong release in 2012 with "Port of Morrow". Justin Vernon could use a similar renaissance.

Jason Mraz: The greatest gift of all. The gift of silence.

There you go, big man. I hope you find these suggestions helpful and that my help has earned me more than the complete Police Academy box set you brought me last year.