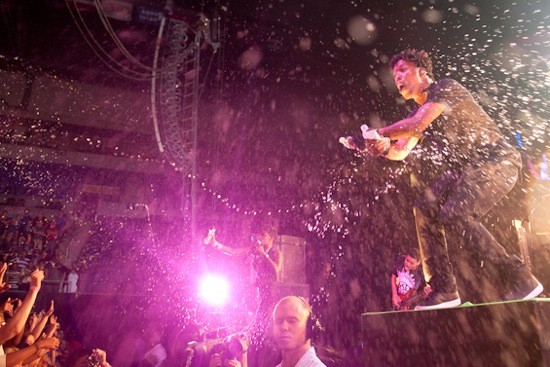 Earlier, we introduced you to our ten favorite concert photographers in St. Louis. We got well over fifty nominations, and our judges narrowed the field to these ten folks. Over the coming week-plus, we'll be introducing you to each of the finalists in turn by having them share with you five of their favorite concert photos and answering a few questions about their process and passion. Up next is Jon Gitchoff (who occasionally plies his wares for RFT Music), whose work can be viewed (and purchased) from his web site, www.jongitchoff.com. 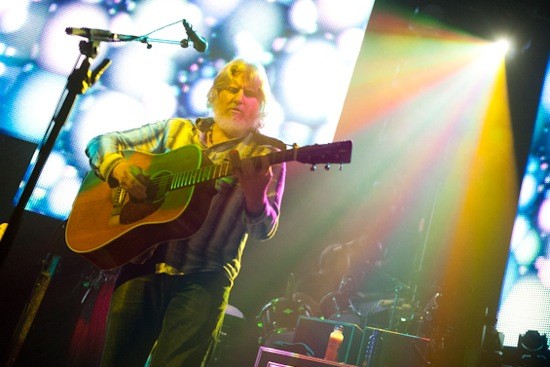 Jon Gitchoff: I've been covering shows for about three-ish years, so my best guess would be around 300 shows.

Capturing the feel or emotion of a show. We only get to be there for a short period of time, so I'm always looking for those moments that best represent my experience in the pit.

The best thing about live music is the chance to see something truly one-of-a-kind. I'll never forget seeing Bruce Springsteen cover Chuck Berry's "Little Queenie" back in '08 at Scottrade Center. That's only something the St. Louis tour stop got to see, and I'll cherish that forever.

The strangest thing? I'd say getting drenched by freezing fake (at least I hope it was fake) blood covering GWAR last year at Pop's. My poor Loufest t-shirt never stood a chance. Luckily, my camera and I survived what turned out to be one of the best times I've ever had on assignment.

You can't define it simply by getting paid, but there's a lot more to it. Behavior in the pit is a big qualifier for me. A professional not only respects the rules of the bands, but also fellow photographers -- we all have a job to do -- and the fans that paid to be there, don't ruin their experience. I'm not doing my job correctly if I become a distraction that prevents them from getting their money's worth.

Well, for starters the photo was shot at the Pageant back in 2011. Having seen Matt & Kim before, I had a very specific goal to try and capture their incredible energy on stage. I knew at some point during the show she would climb on top of her drums -- my only hope was that I'd be lucky enough to snag that moment during the first three songs. To prepare, I spent a good chunk of the first song just testing my ISO settings and tinkering with shutter speeds. I kept my widest lens possible mounted on my camera -- their stage setup being near the edge of the stage also helped with that decision -- and favored sticking to stage left to make sure I'd be in a good shooting position for that moment just in case. Luckily, as the third song was nearing its end, I saw out of the corner of my eye that Kim was making her move and led the crowd with this incredible yell from atop her drum kit. As she hoisted her drum stick into the air, I knew I had my shot.