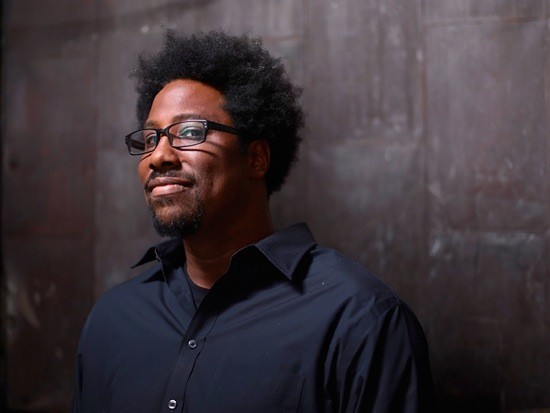 For those in search of laughter or curious about the on-goings of the comedy scene in St. Louis, we will be making monthly recommendations of shows in (and near) the city. From sure-thing hilarious to fingers crossed, Oh God! I hope this works, Funny Events is your connection to sketch, stand-up, improv and everything in between and out-of-the box.

See also: -RFT Music dives into Stand-Up Comedy -Five Comics Tell Their Best Stories from the Road -Election Night Comedy Debates: Spend One Last Night With Seven Of the Mouthbreathers You Blocked On Facebook Months Ago

The "Fun" Tour 7 p.m. Friday, December 7. Brennan's Wine and Tobacco. If you want to call a 3-day road trip with your closest and funniest comedian friends "a tour" then you're probably one of the guys on The "Fun" Tour. And it's really just that simple; five guys, three days and three venues, kicking off right here in St. Louis. The show is independently written and produced by the lot of them and with the exception of Kansas City-based AJ Finney, you'd have to make your way to Chicago to see any of these guys perform. The ticket for the night gets you performances by Finney, Kevin White, Kenny Deforest, Sam Norton and Alan Grafton. If you're fond on over-the-top imaginations and the stories told as a result then this is the show for you.

W. Kamau Mau Uprising 9 p.m. Tuesday, Decmeber 11. The Firebird W. Kamau Bell is a socio-political comedian who boldly and hilariously lays out his thoughts on the reality of racism, stereotypes and a mess of typically taboo topics. His FX show Totally Biased with W. Kamau Bell is produced by Chris Rock and his most recent album Face Full of Flour was voted in the Top 10 Best Comedy Albums of 2010 by iTunes and Punchline Magazine.

Janine Brito -- one of the Totally Biased writers -- will be alongside Kamau for the ride. She's a comedian with a message, and if you called her a sassy she'd take it as a compliment. It also just so happens that she got her start in comedy right here in St. Louis. Too Hip Comedy Presents: Mikey Manker 7:30 p.m. Saturday, December 22. Foam Coffee & Beer. Too Hip (For A Comedy Club) Hilarious Showcase Spectacular is a monthly, you guessed it, showcase of both local and national talent at Foam. Last month Eddie Pepitone stopped in and if the trend continues producer Kris Wernowsky will continue to bring in even more top and emerging names to Cherokee Street. December's show features Mikey Manker who is as funny as his stories are infamously tragic. Now an out-of-towner, Wernowsky will grace St. Louis with his presence for a set and will share the stage with locals Kenny Kinds and Amy Milton.

Thursday Night Mic Night with Steve Poggi 10 p.m. Thursday, December 27 at Fitz's Restaurant Thursday Night Mic Night at Fitz's has become one of the predominant comedy open mics in the city (in the interest of full disclosure, I started it, though I am no longer involved in its organization) and just over a year out from its birth the show continues to run as a weekly open mic now hosted by Jon Venegoni. Occasionally pros (like Ali Wong) will stop in after their sets at the Funny Bone or other venues to try out late-night or new material. And just to keep things fresh, Venegoni has been known to pull a switcheroo and allow only a select few of the comedians the gift of the microphone. On the 27th, Steve Poggi will be passing through on his most recent tour and partnering up with Mark Feigenbutz to take over the show. One tells stories of an addiction riddled past and one calls his act Comedy on Acid. Enthusiasts, experimenters and entertainment lovers welcome.

Kelsey McClure is a comedian, Producer of Thursday Night Mic Night and author of a beard blog.