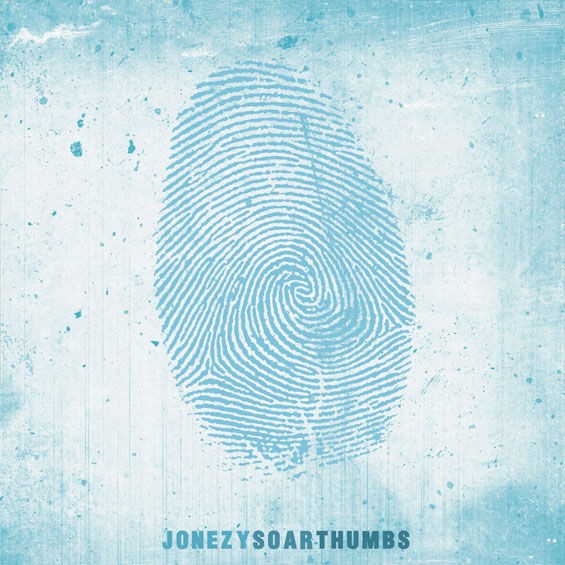 On last year's CO$TOMBS, Justin Jones took aim at consumer society and class struggles amid smart and soulful hip-hop samples. On Jonezy's 2012 release, Soar Thumbs, the rapper returns, in part, to these themes. "Gotta Go" is about a different kind of hustle, and closing track "Doin' Good" gets a little confessional as he makes his last stand on the album. He's a confident rapper who can strike alternating playful and imposing poses, but he's also a gracious host who gives plenty of space to the rappers and vocalists.

Jonezy's female guest vocalists are put to good work on the album, as iZiuze's cooing vox on the icy, crunchy "Everybody Knows." Tiffany Huber sings the hook on "Curvy Roads" as if her voice were wobbling off of a 78, helping sell the song amid the 6/8 groove and swooping string and resonant horn accents. That bluesy, juke-joint feel provides the album's strongest musical thread, with samples and some live instrumentation broadening that palette. "When the Night Falls" rides on a rusty acoustic groove, though it's Scrub's animated verse that makes the track a standout.

Jonezy gives something of an artist's statement on his Bandcamp page, hoping that Soar Thumbs "sticks out like a 'sore thumb' in comparison to everyday hip-hop and rap music." But for an artist seemingly dedicated to changing the game, Jonezy's rhymes stagnate on tired themes and attitudes. "Treat Her Right" is the worst offender, with RVS guesting on a hook that suggests that "she ain't gotta be a bitch if you treat her right." That brand of chivalry, when put on an album with a charmless "no homo" in the opening track and enough allusions to testicles to challenge that claim, circles the drain on hip-hop's ugliest and most played-out tropes. These lines don't make Jonezy any worse than other rappers, but they certainly don't elevate the game in ways he desires or is capable of -- and his last album was built around that premise. CO$TOMBS suggested that Jonezy was an adroit rapper interested in shaking up the status quo and asking hard questions amid easy-going grooves. Soar Thumbs largely sidetracks the righteous path for something less challenging.