The Six Best Songs About Manifest Destiny For Thanksgiving 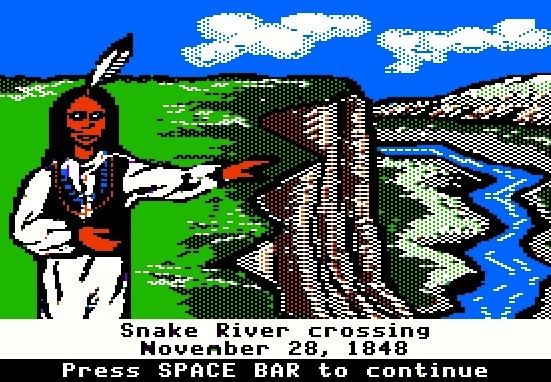 Let us reminisce about the first Thanksgiving, when the Native Americans said to the pilgrims, "In exchange for this bountiful feast, you have the rights to all the land and resources of this great country and permission to slaughter any indigenous people who dare stand in your way." That's how it went, right? Right? Here are the six best songs about manifest destiny. Let us know your favorite songs about white men unfairly killing Indians in the comments below, and remember the screams of the innocent when dousing your turkey with gravy this Thursday. Gobble gobble!

6. Neil Young - "Pocahontas" "Pocahontas" mentions brutal attacks on Native Americans, the massacre of buffalo, and the practice of trading objects for women. Given the subject matter, it is surprising that Neil Young isn't more pissed. He instead uses "Pocahontas" to reflect on the chain of events that made this country what it is today. He implies hypocrisy as he speaks of decorating his apartment with an Indian rug and smoking a peace pipe, watching the taxis drive on the land where Native people once lived. Young also name drops Marlon Brando, an avid activist for Native American rights during his lifetime. When he fantasizes about hanging out with Brando and Pocahontas, he doesn't seem to be particularly putting himself in league with them. Rather, he appears wistful about situations that, for reasons buried in our complicated past and out of his control, can never be.

5. Anthrax - "Indians" Metal bands love the story of early American settlers wiping out the Natives. There's violence, evil, and the ability to summon the anger of the victims. It's the same reason they love religion. Anthrax interpreted this wrath in the track "Indians," a song whose moral is essentially, "we're being dicks to these guys." The band gets points for introducing its mid-song breakdown by yelling "War dance!" 4. Manowar - "Spirit Horse Of The Cherokee" Manowar's variation in this theme, "Spirit Horse Of The Cherokee" is slightly more successful, if only because the band's version of Dungeons & Dragons metal fits well with Native American mysticism. Also, the song starts with a minute and a half of chants and flute, which is a minute and twenty seconds too long but respectable in its commitment.

2. Iron Maiden - "Run To The Hills" I am not enough of a metal historian to know whether or not Iron Maiden invented what we now know as "the gallop," wherein a guitar plays a palm-muted "chug-chiga-chug" rhythm that simulates a horse trotting. I do know that in "Run To The Hills," Iron Maiden singer Bruce Dickinson (speaking of "Don't Fear The Reaper"...) actually says the word "gallop" while the guitars are galloping, which is pretty awesome. The "galloping" Dickinson refers to is a horseback ass-hauling to get away from the pilgrims who are raping women, killing old people, and turning youngins into slaves. Apparently, they're also selling them whiskey. The lyrics aren't brilliant reflections on Native American plight, but it just so happens that "Run To The Hills" is one of Maiden's sweetest jams and probably the band's best vocal-heavy song. 1. Paul Revere And The Raiders - "Indian Reservation (The Lament Of The Cherokee Reservation Indian)" "Indian Reservation" is the best song about manifest destiny because it comes off as anthemic rather than sympathetic. It's also the only one on this list that does not feature the phrase "white man" and have a potentially racist version on Indian war drums. The track speaks from the Cherokee perspective, which is a different breed of angry than the persona the aforementioned metal bands use. It's a quiet, calm angry that remains civil even when it bursts open on the chorus of "Cherokee nation / Cherokee tribe / So proud to live / So proud to die." There's no spite or revenge in these lyrics, but a sinister hope in the phrase "Cherokee nation will return," thereby making it also the only song that takes a step past "white man screwed Injuns." Seriously, this is a tricky topic, which is why I find songs that tackle it so fascinating. But there's a hidden mentality of "Sucks what our ancestors did to your people, but oh well" in some of these tracks. I can't imagine Scott Ian from Anthrax is losing sleep over the extinction of the buffalo. "Indian Reservation" is remarkable for its ability to be direct and inoffensive on a touchy issue while still being a fun song to sing along to. Yes, there's irony in this song being done by a band named after Paul Revere, but like so many before us when dealing with the subject of Native American cruelty, we'll just look the other way.