Why do People Love the Urge So Much? We Asked the Fans

The sold-out crowd at the Pageant for the Urge show last night was full of die hard fans and new believers alike. Spurred by the chants of "play that motherfucking Urge shit!" the band put on a characteristically nuts show. RFT Music set out to find some war stories from long-time fans. There were no shortage of those, but we were surprised to find the Urge still able to win new diehards, nearly twenty years later.

How many times have you seen the Urge? Robbie Murray: Around fifteen. His first time was in '95 or '96 at the Blue Note in Columbia. "I'm from Moberly and I used to come to Columbia every weekend in high school to see shows. We added it up, and my friends and I saw over 300 shows at the Blue Note in high school." Carissa Biele: First time. She came for Robbie's birthday weekend. Why do you keep coming back? Robbie: "They provide a live show like none other." Carissa: She loved her first time, saying the energy was awesome.

Jeremy and Matt Hauck, brothers How many times have you seen the Urge? Matt Hauck (right): Has seen them over 30 times. A highlight was when he saw them play in a friend's basement around five years ago. Jeremy Hauck: 30-plus times for him, too. They both started seeing the band in '95 or '96. Why do you keep coming back? Matt: "I see them because of nostalgia, mostly. It's been fun to watch them grow as a local band" Jeremy: "They're awesome stage performers and it's been fun to see them go from playing acoustic shows at pubs to Mississippi Nights to now." 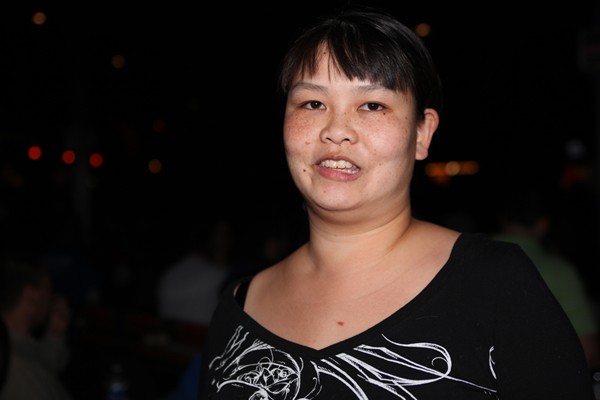 How many times have you seen the Urge? Jamie Lee: Ten or fifteen. Her first time was in '93 or '94 at Mississippi Nights. "I remember seeing them in a parking lot somewhere. Maybe in Columbia?" Why do you keep coming back? "Well, it's the Urge! They're unique. There's nothing that sounds like them, and there never has been. And I've always been a hometown band fan." 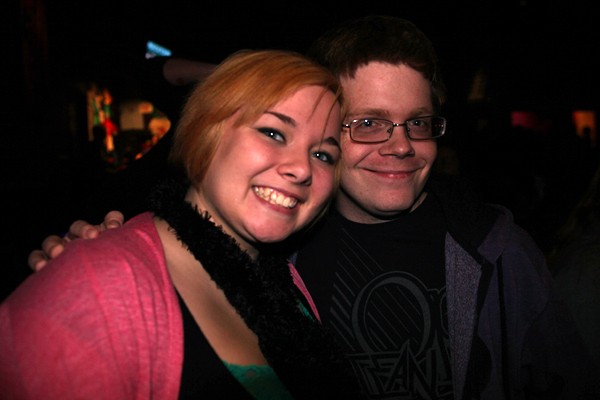 How many times have you seen the Urge? Zach Parton: Second -- he first saw the band at Pointfest last year. He came back because of the energy of the performance. Maria Barbier: First. "I listened to the songs that he sent me and they sounded good."