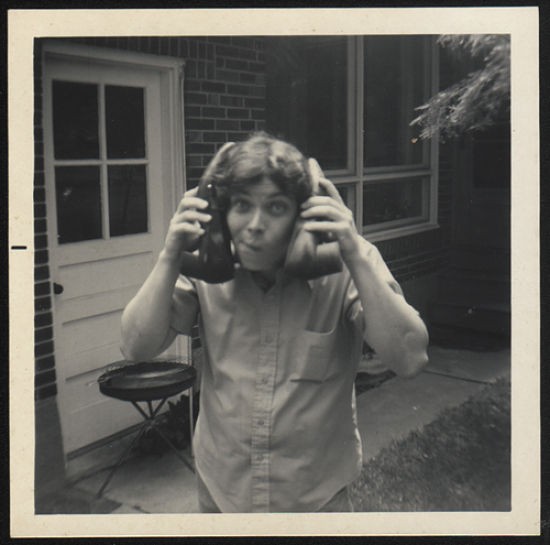 The Screamin' Mee Mees posted a status update via its Facebook page on Tuesday afternoon announcing the passing of Jon Ashline:

R.I.P Jon Ashline - The drumming, (most of the time) lead vocaling and sometimes guitaring half of the Screamin' Mee-Mees. A very sad day indeed. Drink an ice cold can of Busch or Stag beer, blast your Mee-Mees records and shed a tear for dear ole' Ashline.

Ashline was diagnosed with bone marrow cancer in 2002; we have reached out to a few people that were close to him for more details and will update this post when we hear more.

The Screamin' Mee Mees were active in the basement of guitarist Bruce Cole's Ferguson basement from 1975 to 1996, recording endless reels of proto-punk,rock n roll and comedy tunes with little forethought, practice or planning. In 2005 Randall Roberts wrote an extensive feature on the Mee Mees and the band's lost basement tapes. Below is an excerpt that showcases the band's light-hearted and unconventional songwriting style:

The duo typically recorded without so much as a practice take to work out chords. "The recording sessions were spontaneous," says Ashline. "I'd sit there and leaf through a magazine and find something I liked: 'Let's do a song about this.' Some ad for Arthritis Today turned into a song. I found some old letter [Cole] had written that said, 'Your face looks like the surface of the moon.' I wrote a song on the spot. I'd set it down, make up lyrics as we went along. He'd say, 'Let's tape it,' and he'd click on the recorder and play it live. We never rehearsed anything, and we never replayed any of the songs."

Together Ashline and Cole formed a comedic and musical duo that undeniably fascinates, making an indelible mark on weirdo record collectors and rock and roll fans the world over. He will be missed.