Out Every Night: The Best Shows From November 12 to 18 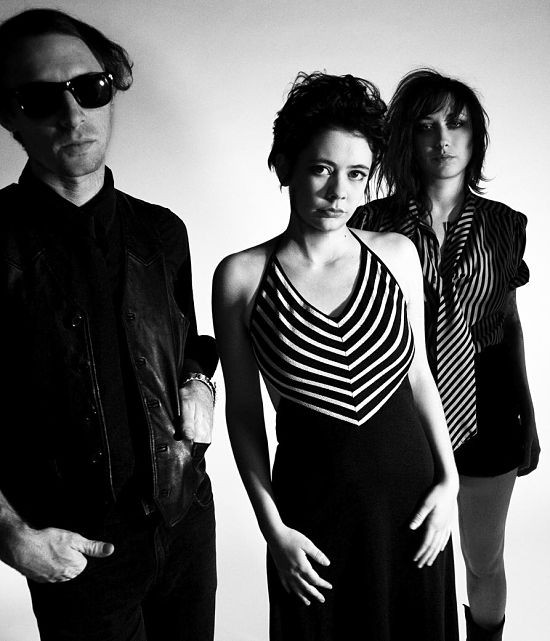 There's lots of good shows this week for music fans of every shape in size, and I'm not just saying that (this time). Deicide is playing the Firebird on Friday, the same day Carolina Chocolate Drops plays the Sheldon. I'd wager that these two musical experiences will not be alike in many ways whatsoever.

The dB's, Aimee Mann and more will be in town this week as well. Check out all of our picks below.

Joe Pug Mon., 8:00 p.m. November 12 @ Off Broadway - $15/$18 By Roy Kasten Joe Pug is not a hipster with a banjo, a smarty pants with a computer, a naïf with a fake British accent singing in a fake forest. What he is is a serious songwriter, in the line of Guthrie, Dylan and Van Zandt. His best songs are American jeremiads, composed with images both fiery and fragile, calling down simple truths on his country and himself. On this year's release, The Great Despiser, he tests those songs against different sounds -- E Street swagger, feedback stutter, waltzing country -- and searches for "a narrative that was ours." Song by exceptional song, he's finding it. Who Should Go: Anyone who believes, as Guthrie did and Pug surely does, that a songwriter's job is to "comfort the disturbed and to disturb the comfortable."

Aimee Mann Tues., 8:00 p.m. November 13 @ The Pageant - $30 By Allison Babka Aimee Mann and Ted Leo just may be the most inspired musical pairing of the year. She is a moody chanteuse with a bitchin' guitar and velvety voice. He is an outspoken, nasally singer with sharp humor. Together, they'll activate their yin and yang Wonder Twin powers to offer audiences a show that's sure to be cerebral, melodious... and perhaps even a bit potty-mouthed, if Leo's last Pharmacists-less show here was any indication. Growth Industry: Both Mann and Leo have written and talked thoughtfully in recent years about the financial impracticality of their careers -- neither is living particularly high on the horse, which is disheartening given their popularity.

The Magnetic Fields Wed., 8:00 p.m. November 14 @ The Sheldon - $33 By Christian Schaeffer On the grammatically correct "With Whom to Dance" from this year's Love at the Bottom of the Sea, Stephin Merritt claims, "Moons in Junes, I've given up on that stuff." Don't believe him for a minute. As leader of the Magnetic Fields, Merritt has made a career out of taking the seemingly simple form of the pop standard and turning it inside out. He may eschew hackneyed rhymes, as he claims above, but Merritt never kicks his affair with the form. 69 Love Songs remains his calling card, but his album-length forays into sonic and songwriting restrictions (folk music, noisy pop, the letter "i") have softened on this most recent release. Writing beautiful, witty, erudite songs is enough work in itself. Last Time: The band played at the Pageant in 2010, but this week's show at the Sheldon presents as good a setting as this city offers for a band that marries conservatory smarts into its pop songs.

Those Darlins Thurs., 9:00 p.m. November 15 w/ Heavy Cream @ Off Broadway - $10/$13 By Christian Schaeffer The three-headed femme fatale attack of Those Darlins suffered a blow when Kelley "Darlin" Anderson left the band, leaving "sisters" Nikki and Jessi Darlin to keep the ship afloat. Thankfully, 2011's Screws Get Loose kept much the same twangy, garage-rock vibe that made the band a local favorite after the group's frequent visits to town. The unpolished, off-the-cuff mood can't disguise the smirking, girl-group smarts at the core of these songs. On the latest LP, "Be Your Bro" argues for a true platonic friendship between a guy and a gal, but the dude ain't having it. It's not hard to understand why -- crushes abound at Those Darlins shows, either romantic, musical or otherwise. Preaching to the Converted: If you've missed Those Darlins in past visits -- at 2010's Twangfest, opening for Drive By Truckers or one of many other shows -- you'll be among fans who can vouch for the band's boozy bonhomie in concert.

Carolina Chocolate Drops Fri., 8:00 p.m. November 16 @ The Sheldon - $25-$30 By Roy Kasten Formed in 2005 by Rhiannon Giddens, Dom Flemons and Justin Robinson, all African-Americans, the Carolina Chocolate Drops has gone where only the Mississippi Sheiks, mythical giants of pre-war blues, had gone before. If its sales will never match Mumford & Sons, the group has genuinely popularized the sound of true hillbilly music, with bones, jugs, banjo and fiddle fully intact -- and it has innovated every stomping step of the way. Even with the departure of Robinson last year, the Drops' 2012 album Leaving Eden is a powerhouse of brawny rhythm and bold hooks, as danceable as dubstep and a hundred times funkier and deeper in its history and humanity. New Faces: Multi-instrumentalist Hubby Jenkins and beatboxer Adam Matta have given the CCDs even more muscle -- and the Sheldon Concert Hall is the ideal place to hear them flex it.

Deicide Fri., 8:00 p.m. November 16 @ Firebird - $15/$18 By Daniel Hill The most blasphemous band in all of death metal returns to St. Louis (finally) after a fifteen year absence, prepared to convert the stage of the Firebird into a sacrificial altar most unholy. The Dark One smiles as his faithful minions pervert the cross and speak in foul incantations, summoning evil forces to swallow mankind. Or something like that. Rest assured, at the very least Glenn Benton (you remember, that guy with the upside-down cross branded into his head from all those "Music is destroying America's youth" documentaries in the '90s) will say some unkind things about the Christian God. At most he might throw some bleeding dead animal parts at you. Smoke Crack and Worship Satan: Okay fine, that's a slogan from an Impaled Nazarene shirt, not Deicide, but the sentiment still applies.

The dB's Sat., 8:00 p.m. November 17 @ Blueberry Hill - $15 By Roy Kasten When the dB's first appeared in 1978, the American ideal of power pop was just coming into focus, and the psychedelic Southern jangle of R.E.M. was largely unknown. Formed in Chapel Hill, North Carolina, by Chris Stamey, Will Rigby and Gene Holder, and then with Peter Holsapple (who went on to play with R.E.M.), the band's first album, Stands for deciBels, came on like a quirkier, artsier version of Big Star, with sweet harmonies, sun-blinded guitar hooks and a smart-but-playful temperament.

Supersuckers Sat., 9:00 p.m. November 17 w/ Fat Tramp Food Stamp @ The Firebird - $15 By Roy Kasten What the Supersuckers lack in subtlety and originality it makes up for in testosterone and comedic timing. Only its biker-wannabe following took the "Greatest Rock & Roll Band in the World" marketing seriously, but the band's highly head-bang-able and equally unlikely cult hits for Sub Pop -- "Creepy Jackalope Eye," "On the Couch," "Pretty Fucked Up" (as in "she used to be pretty, but now she's...you know what") -- still rock harder and come off less dated than most of the band's grunge-era peers. With the years, the group has added more and more country to its leather-and-shades attitude, and absurd as it sounds, the fusion of metal and twang sticks. What to Expect: Slacker anthems and glock-rock posturing, all cranked to eleven and as irresistible as they are stoopid.

Dethklok Sun., 6:30 p.m. November 18 w/ All That Remains, Machine Head, The Black Dahlia Murder @ The Pageant - $36 By D.X. Ferris Dethklok: Mordhaus -- the secret base of operations for the Scandinavian-American band. Dethklok represents the twelfth-largest economy on earth in the Adult Swim Metalocalypse cartoon. Metal all-stars recorded the fake group's real debut album, 2007's The Dethalbum, which is the top-selling death-metal disc of all time -- and deservedly so.