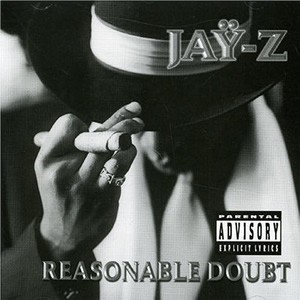 I think I'm plagiarizing from Heraclitus here, but it's in the public domain, so whatever: You can't be scandalized by the same pop star twice. The ones you found thrilling or off-putting, even, will be anodyne to your younger cousins and goofy and gauche to your children. All this is to say that Jay-Z has an extremely earnest and affecting presidential campaign ad out for Barack Obama, and it will make more sense to you the less you remember that Jay-Z began his career as a threatening and somehow amoral figure, like almost every pop superstar in the last 60 years.

My genre of choice is power pop and my favorite album has a lovely cover of "Pure Imagination" on it, so I'm certainly not suggesting that this boundary-pushing quality is necessary or even desirable for good music. But the lesson we seem to have learned, as a culture, from rock and roll is that it's somehow necessary to subvert the expectations of your elders to appeal to the teenagers five to ten years older than you are.

Ma$e could be immoral, but Jay-Z was amoral; he bragged about selling cocaine, he gave the middle finger to the law, he suggested as recently as Watch the Throne's "Otis" (with its wonderfully ridiculous video) that "everything's for sale / five passports I ain't never going to jail."

Even as he does things that read as selling out when anybody else tries them--astute investments, restaurants, retirements and comebacks and buying the Nets--he only strengthens his image, somehow, as a rebel. The more things he has in common with a private equity guy, the more people who hate private equity guys root for him. Now he's in this--

--as an evocation of the American Dream, which is the weird but inevitable path dangerous super-superstars take when they don't die young.

But since I saw the ad for the first time I've been wondering what makes it happen--what brings people who have fighting some broad idea of The System to thank for their success to eventually do campaign ads for center-left causes and talk up undeniably important issues like third-world hunger and so on.

A lot of it's probably just mellowing, and having succeeded so completely that there's no longer any need to make enemies of parents who are younger than you are. But I think there's also something about reaching the rock-and-roll figure pinnacle that drives the people who do it fatally toward capital-s Seriousness.

In college I was a very mediocre movie columnist, so the first analogy that comes to mind is cinematic--Steven Spielberg. Spielberg will be remembered as long as there are movie columnists for the movies he made as a revolutionary figure in the medium: Jaws, E.T., Raiders of the Lost Arc, all of which were received not as art but entertainment, and all of which can move people as fully now as they did when they were made.

But at some point, having destroyed every box office record there was and earned only a perfunctory well-they're-great-entertainments response from the critics, he moved on to make The Color Purple, Schindler's List, et cetera--message movies, Mature Films. Mature Films that are kind of boring and partake only glancingly of whatever's essentially Spielberg about a Steven Spielberg movie. When you make popular art you're really just pushing against the moment you succumb to the Sarandon-song of being a Serious and Respected Person.

The weird contradictions inherent in a guy who proclaims himself to be above the law endorsing a presidential candidate have been built into Jay-Z's art for years now, so I'm not especially worried about him devoting the rest of his life to classical music or free jazz or something. But-or-and--I'm not sure this is a bad thing--his ability to move, like every surviving pop icon before him, from dangerous rebel to American success story says a lot about the way we shape the people who shape our popular culture.

So go out there, Tuesday, and vote. Just as all of us expected back in 1998, it's what Jay-Z would want you to do.