The Ten Best Shows In St. Louis This Weekend: October 26 to 28 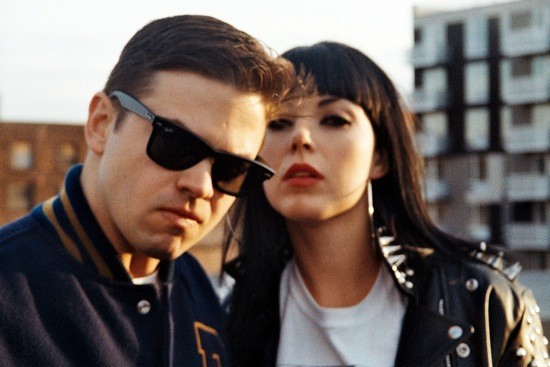 This weekend is Halloween weekend (Halloween-kend???? Nah, that sucks....) and as such there are plenty of sweet shows for you to attend in clothing that is not your own. Lucky for you -- and more work intensive for me, (you are welcome) -- we already wrote up a post regarding the best Halloween shows in town, so you are all set for costumed festivities. This here post is for the other stuff.

Primus in 3D! I know people have trouble with Primus, and I understand, but really this is probably the best imaginable setting to see 'em, what with the 3D cartoons and all. Royal Smokestacks!! The band's record release is this weekend; show up and purchase some great new music. Exclamation points!!!! I've been told I overuse them, but fuck that. The rest of our picks follow!!!!!!!!1111oneoneeleven

Royal Smokestacks Record Release Show @ Off Broadway 8:00 p.m | $10 This is the debut full-length by Royal Smokestacks, but this is a band with no shortage of experience commanding the hell out of a stage. The new record is great -- we talked about it in print this week. Just go; it's going to be a good time. (KM)

NOisEfestNInE: Midwest New and Experimental Music Festival @ Lemp Neighborhood Arts Center Friday, Saturday and Sunday Click here for details | $20 In this writer's opinion, much of St. Louis' interest in noise music over the last decade can be traced back to the Lemp Arts Center, which has always served as a haven for those pushing sonic boundaries. This years Noisefest spans 3 days and includes several workshops in addition to musical acts. (DH)

Street Fighting Band: A Tribute to the Rolling Stones @ The Pageant 8:00 p.m. | $12-$15 Do you know how good this band is? They're really good: Andy Shadburne is one of the better frontmen in St. Louis (or anywhere else) and guitarist Jimmy Griffin should probably have people playing shows in his tribute. (KM)

Primus in 3D @ Peabody Opera House 6:00 p.m. | $35-$55 From what I gather about this event, Primus will more or less be playing inside of a giant 3D cartoon, which is about the most appropriate thing I can even think of. (DH)