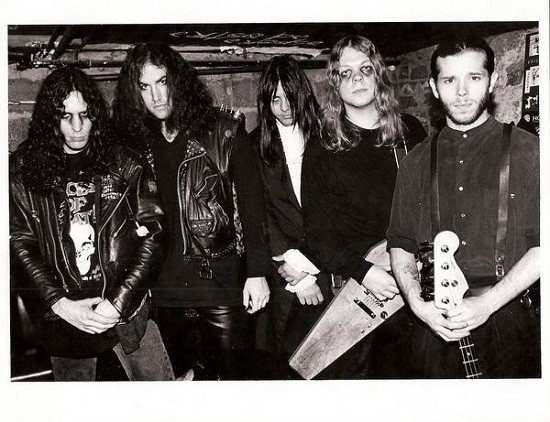 That most excellent of holidays -- the one where we get to dress up in goofy costumes, the one where it's considered par for the course to vandalize your neighbors' houses, the one where strangers give children candy and everyone is cool with it -- HALLOWEEN is nigh! Skeleton decorations blanket the country, candy fills Walgreens by the truckloads and I've already heard "Monster Mash" too many times. (Note: Once is too many.)

This year we thought we'd give you a heads-up about some of the more interesting Halloween-themed shows in town. First, you'll find five shows slated to happen this weekend and after that five shows happening on Wednesday, which calendar buffs may recognize as Halloween itself. Get a costume and get to some shows!

A Tortured Soul Halloween 9:00 p.m. October 26 w/ Moe Allstars, The House Kings, DJ Uptown, 18andCounting, DJ Needles and more @ Atomic Cowboy - Free This one goes until 3 a.m., there will be a bonfire in the massive courtyard and the venue promises a thematic facelift: "Atomic Cowboy will be transformed into the venue of DOOM, filled with dark and spooky nuances!" All excellent reasons to stop by, but none of that compares with the lineup, which features (among many others) three of the most RFT-awarded DJs in the city in Uptown, 18&Counting and Needles. (KM)

Nevermores Halloween Party 9:00 p.m. October 27 w/ The Nevermores @ Schlafly Bottleworks - Free We (and Little Stevie Van Zandt) think the Nevermores are worth your time -- we declared the band the best garage act in St. Louis and Bruce's buddy called one of their songs "the coolest in the world." The Bottleworks will be fittingly festive, with its brand-new enormous patio. Make sure you drink some Pumpkin Ale. (KM)

8th Annual Halloween Hootenanny 7:00 p.m. October 27 w/ Strawfoot, Whiskey War Mountain Rebellion, Hellblinki @ Off Broadway - $12 They must be doing something right to keep this going for the better part of a decade. Indeed: The venerable Strawfoot is going all out this year, bringing some of its friends from the Begger's Carnival. Hellblinki, from Asheville, NC, is about as Halloween-y a band as you'll find: howling, caterwauling, gothic theatrics. Don't show up as yourself. (KM) Anacrusis 6:30 p.m. October 27 w/ Clenched Fist, Compelled to Destroy, Animated Dead, Demonicon, Intracranial Butchery @ Fubar - $10 Perhaps not a Halloween show per se, but I could make the argument pretty easily based on these band names. "Animated Dead," "Demonicon," "Intracranial Butchery"...it works. Plus you should not miss any opportunity to see local thrash legend Anacrusis, who in the early-'90s was one of the first metal bands to combine thrash and progressive metal influences. A deal with Metal Blade saw them touring with the likes of Megadeth, Overkill and DRI before disbanding in 1993. In 2010 Anacrusis reunited for a festival in Germany and has been playing occasional shows here and there ever since. (DH)

The Independents 8:00 p.m. October 27 w/ BassAmp & Dano, My Boy Ox @ Plush - $13 Horror-punks the Independents' twentieth anniversary tour hits St. Louis on Halloween weekend -- what luck! Plush is hosting costume contests and other shenanigans, but key on this bill is the inclusion of My Boy Ox, the local punks who haven't played a show in two years. BassAmp & Dano are sure to show you a good time as well with their catchy American punk tunes. (DH)

Dropkick Murphys 8:00 p.m. October 31 @ The Pageant - $25-$30 Boston Celtic-punk warriors Dropkick Murphys playing the Pageant on Halloween itself! It is probably a happenstance result of tour routing, or maybe DM knows what St. Louis does: that the Pageant is one of the best venues in the country, and that this town knows how to party. Come dressed up, but please note: A kilt is not a costume. (DH)

South City Halloween Dance Party 9:00 p.m. October 31 w/ Adult Fur, AtM/Mastermind Einstein, Palace, Bear Hive @ Off Broadway - $5 / $8 Lineups don't get more diverse than this, but it all hangs together nicely. The electronic weirdness of Adult Fur will pair well with the energetic hip-hop of AtM (after all, the former has done production work for the latter). Palace brings its ABBA-ready chops, and Bear Hive is quickly nailing down one of the most solid indie rock live sets in town. So even if you come for the Halloween thematics, you'll likely stick around for the music. (KM) The Crow's Nest Halloween Party 8:00 p.m. October 31 w/ DJ Lil Danzig @ The Crow's Nest - Free After the closing of Rue 13, DJ Lil Danzig (a.k.a. Shawn Morrissey of the Humanoids) has found a new Wednesday night home in the Crow's Nest. Consider it a pretty safe bet that you'll hear some old Misfits jams, and remember to dress in costume! (DH)

Stag Nite Halloween Party 9:00 p.m. October 31 w/ Little Big Bangs, Devil's Satans, Ellen The Felon @ Crack Fox - $5 In this special HAUNTED edition of Stag Nite, the Little Big Bangs will be playing as Nine Inch Nails with special guest star Johnny Vegas! The Devil's Satans warrants mentioning as well, as it is a one-night-only supergroup formed specifically for this occasion to play everyone's favorite Halloween songs. And Ellen the Felon is worth mentioning too, because duh! (DH)

Love-O-Rama Apoc-O-Lips 9:00 p.m. October 31 w/ Bruiser Queen, 18andCounting, Spectator, Fire Dog @ St. Louis Skatium - $10 We may well have saved the best for last. Make sure your costume allows for mobility, strap on some wheels and head south. There are few parties as joyous as Love-O-Rama parties under any circumstances, and this one should be a particular blowout: The lineup is as diverse as it is talented -- you can find plenty of words gushed in the backlogs of this blog about all four acts performing. The world may end in a couple months, but at least we'll have gone out in style. (KM)