What KDHX is Raising Money for Now: A Tour of the New Building in Grand Center

KDHX (88.1 FM) celebrated its 25th anniversary on Sunday at the Schlafly Bottleworks in Maplewood. We went; we heard music, we ate pretzel-encrusted chicken, we got buttons that said "Music Lovers for KDHX" (duh) and "Dancers for KDHX" (irony is great!), we bought a t-shirt that said "Aggressively Insubordinate since 1987." And at 6 p.m., we wandered over to the stage to hear the station's executive director, Beverly Hacker, announce publicly the capital campaign that will allow our community radio station to renovate and move into its new home in Grand Center. It's that entire building in the foreground above, and if they can scratch together another $1.5 million in donations from you and me and our mothers (they've already raised $1.75 from large donors and grants and the like), they'll be moving in late next Spring.

The Campaign for KDHX

Much of the background on the new building, the station's history and the goals of the capital campaign can be found in the feature story we published last week. The bullet points describing the changes that most directly affect you are:

-A coffee shop and bar will be open to the public in the entrance of the building. -A venue (capable of hosting some 300 or 125 with seating), located just behind that, will host occasional concerts, theatre productions and movie screenings. -The facilities upstairs will enable KDHX to double its broadcast reach and similarly expand its production capabilities (more in-studio performances and short-form radio features).

We took a tour of the building in its pre-construction state -- a few highlights follow: 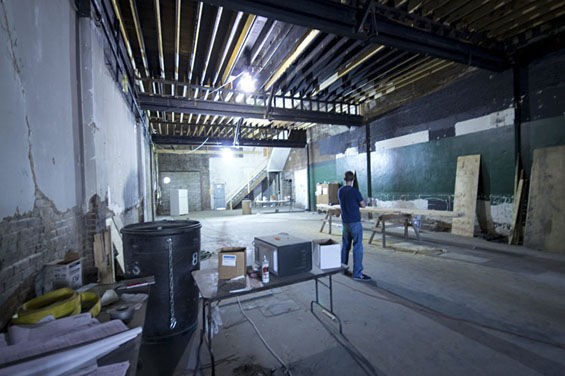 Above: KDHX marketing director Chris Ward stands in the space that will be used to host concerts, theater performances and movie screenings. If you do not recognize it as the second incarnation of the Creepy Crawl, you'd be very much forgiven. When demolition crews tore the decrepit ceiling down from the old space, they were surprised to learn that the space was twenty feet tall. Below: All vestiges of the last tenants have not yet been erased -- some old love letters to the Creepy Crawl remain on the walls. 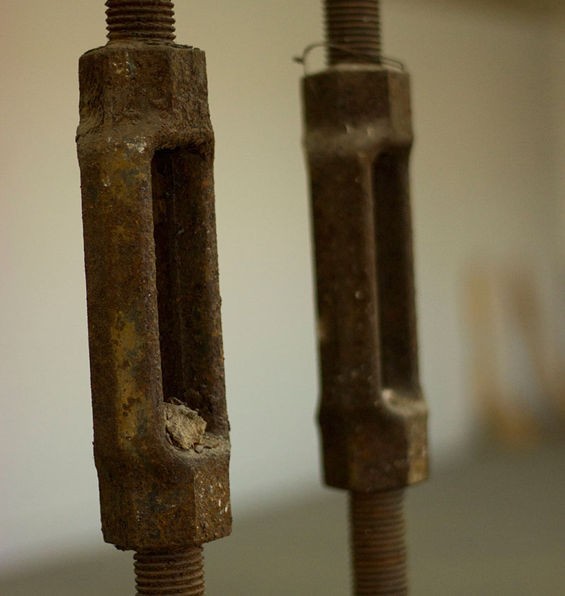 Above: One of the building's unique architectural features is that the ceiling of what will be the venue is not supported by beams coming up from the foundation, which is the typical arrangement. Instead, it is suspended by cables hanging from the floors above (pictured here). One result is that there are no obstructed views of the stage from anywhere in the venue. Below: The front space of the Weir Center -- seen here from just inside on Washington Avenue -- will be a coffee shop and bar with a limited food menu. 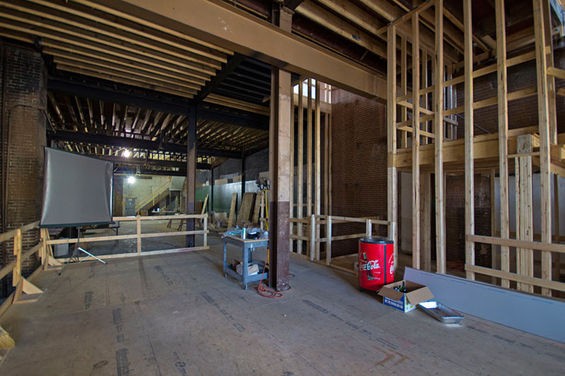 Floors two through four will be the studios, offices and editing stations for KDHX. For a complete photo tour of the building, please peruse our slideshow.