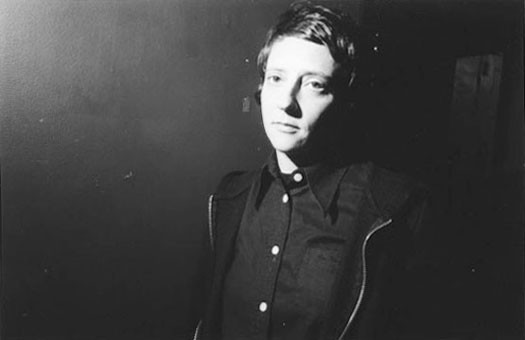 Being robbed sucks. Being robbed of your record collection - especially if you are a music fan - is worse. But how about if your collection was robbed selectively? If it wasn't merely the work of a desperate meth addict, but someone who actually had the time to methodically pick and choose? That's got to be a particularly bad sort of privacy invasion.

Unfortunately, that appears to be exactly what happened to Amy Linton over the weekend. According to her Facebook page, the Aislers Set singer/songwriter returned to her Brooklyn home on Friday to find "hundreds of my most valuable records" stolen from her house.

Upon further inspection, she found some albums still there. Apparently, the thief had taken only the most sought-after releases, including works by the Jam, the Smiths, Felt, Television Personalities, Brian Eno and My Bloody Valentine. (Anyone who's heard Linton's work with Aislers Set or Henry's Dress will appreciate just how close those artists are to her heart.)

"It's just so mind-bending that someone who was invited into my house by a roommate or me would do this, and with such attention and calculation," Linton posted. "I'm really confused. The house is full of record collections, yet all but mine are intact. So careful they were to decimate my archive. I'm confused and heartbroken."

Linton is compiling a list of stolen materials and filing a police report. However, if Sonic Youth could have their stolen guitars returned after thirteen years, as happened last month, surely it's worthwhile to help reunite Linton with her copy of Television Personalities' They Could Have Been Bigger Than The Beatles. So consider this a way of putting out the word to any record stores or resellers who might have been approached recently. Anyone who has or wants any information may contact Linton through the Aislers Set's website or through Linton's Facebook page.

Here's the Aislers Set performing the all-too-relevant "Emotional Levy" in Brooklyn on March 29, 2003. (The band played the Rocket Bar here in St. Louis on the same tour about one week later.)