What do Karen O, Passion Pit and Robert Smith Have in Common? They All Really Want You to See the New Tim Burton Movie 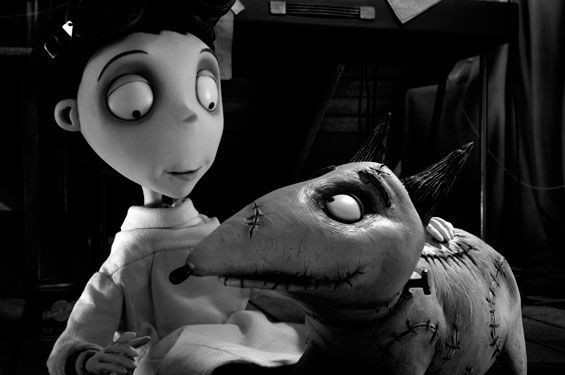 The new Tim Burton movie, Frankenweenie, comes out this week. It's about a boy and a zombie dog, and actually our reviewer says it's a damn good time.

But more than the movie itself, we are intrigued by the two-pack promo mailer we got here at RFT Music HQ from Disney yesterday. It features the soundtrack, which was composed by the legendary Danny Elfman. And it includes something called Frankenweenie Unleashed, which contains a dozen-plus songs by wildly disparte pop artists. The strange part? Almost none of those songs actually appear in the movie.

This is hardly a new practice. Big studios have been commissioning tangential music for years now. You're kidding yourself if you think Jay-Z's American Gangster wasn't inspired at least as much in the offices of Universal as it was by him watching the film. And kids movies, in particular, have made the "inspired by" album practically an art form, putting together a group of artists that appeals to the widest demographic possible (I don't know what kind of music you like if you don't have at least a passing interest in one of the seventeen artists featured on Frankenweenie Unleashed soundtrack).

It's happening because musicians, no longer able to make a living selling their product directly to fans, are encountering marketing departments willing to make investments in credibility. For the corporations, it's a longer, more subtle strategy than simply cramming the movie/product/service in front of your face as often as possible, but it's also an increasingly cheaper one. Buying an audience directly is getting really challenging because we all have so many different ways of consuming media, and most of them are fleeting. Hitching your thing, whatever it is, to a band or artist is a different approach entirely. You're relying on a fan base to see your product through the filter of a musician they trust. For that reason, it's expressly in the marketers interest to allow the bands to do whatever weird, personal, barely related thing they want to do. The more like an artists' totally independent work, the better, because that's how your kid's movie or shoe brand gets the best association.

So that's how you get things like "SpongeBob & Patrick Confront the Psychic Wall of Energy," a song written by the Flaming Lips for the 2004 The SpongeBob SquarePants Movie. It's also how Mountain Dew came to sign the Cool Kids to what the duo described as "the best label deal in the world."

Yeah, it's novelty over quality. No doubt about that. But, we can be moved by the Flaming Lips live show and get tribal on our steering wheel driving down 40 and listening to the new Grace Potter & the Nocturnals record. And then we can enjoy listening to the song they recorded together for Frankenweenie, especially if it's what allows them to earn enough money to do the other stuff.