The Ten Best Shows In St. Louis This Weekend: September 28 to 30 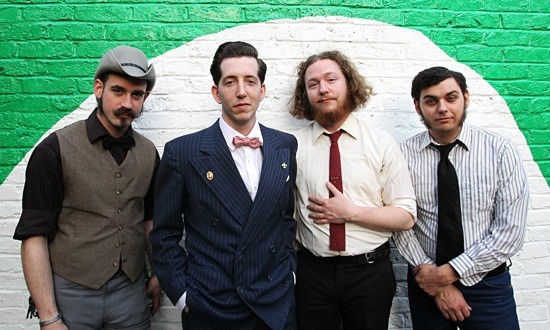 So did everyone check out this week's Best Of issue? What did you think of our music picks? RFT Music co-conspirator Ryan Wasoba was mourning the fact that there has been woefully little nay-saying of our selections in his column this week, and I got to say that I'm with him. Where's the righteous indignation? Where's the accusations that we only pick our friends' bands? (As if we had friends. HA!) This is my first Best Of issue at RFT and I was looking forward to catching some flak. Oh well.

There are shows this weekend, and this is the certified Best Of (copyrightregisteredtrademark) them: Wu-Tang Clans-dude (WHOA....wait should I say that? I typed it out before I thought it out and now it reaaaally doesn't sound right) Inspectah Deck will be playing Fubar this Sunday; it is the rescheduled appearance after his last was cancelled. Lo-fi pioneer Guided By Voices will be at Plush on Saturday -- you should request that they play that one song they wrote about Beatle Bob, and then just "boo" the whole time that they do. Or whatever, fine, I guess don't do that. Jazz legend John Scofield will play four sets at Jazz at the Bistro this weekend. I don't think he ever wrote any songs about Beatle Bob, so I don't really have any recommended behavior for you. Just, like, go and watch and listen, or something. The rest of our picks follow.

Pokey LaFarge & The South City Three @ Off Broadway w/ Colonel Ford 7:30 p.m. | $12/$15 Pokey was just on Boardwalk Empire and the full band is everywhere from Radio City Music Hall to Red Rocks. Here in St. Louis we still, impossibly, get LaFarge and the incomparable South City Three in the friendly confines of Off Broadway. (KM)

John Scofield Trio @ Jazz at the Bistro Shows Friday AND Saturday 7:30 p.m. AND 9:30 p.m. | $37 Jazz guitar legend John Scofield is playing four sets this weekend, alongside fellow talents Bill Stewart and Steve Swallow. Surely you can make it to one of them! (DH)

Guided By Voices @ Plush w/ Detective 8:00 p.m. | $25-$30 Bob Pollard has melodies to spare -- hundreds upon hundreds of them, which he tosses off carelessly because why not? There's more where that came from. And that's still true today -- the reunited GBV is as insanely unruly and prolific as ever. Amazingly, this is the second most significant lo-fi artist in town this weekend (read on...) (KM)

The Lettuce Heads @ Blueberry Hill w/ The Heebie Jeebies, The Painkillers 9:00 p.m. | $8 It's '90s night at Blueberry Hill, it seems. Check out some of the finest rock bands that St. Louis had to offer in the "alternative" era. (DH)