Kanrocksas (a festival at the NASCAR Speedway just west of Kansas City, so named for...never mind) debuted big in 2011, going toe-to-toe with Lollapalooza and featuring many of the same names (including Eminem, Muse and A Perfect Circle). They took the year off in 2012 due to renovations to the Speedway, but Kanrocksas is back for 2013.

Early Bird tickets go on sale this morning. They're (gulp) $125, which to be fair is quite a bit less than you'll pay if you wait until the general on sale, when they go up to $190. For your one and a quarter Benjamins and your leap of faith on the as-yet-unannounced lineup, you get admission to the two-day festival and a camping pass (which they will be charging $50 for this year. More on that in a second).

Last year, Kanrocksas was on the same weekend as Lollapalooza in Chicago -- this year it will be a little over a month earlier, on the last weekend in June. The camping fee is new and is almost assuredly a response to the relative chaos some people experienced in year one, culminating in a presumably drug-related death in the grounds on the first night. 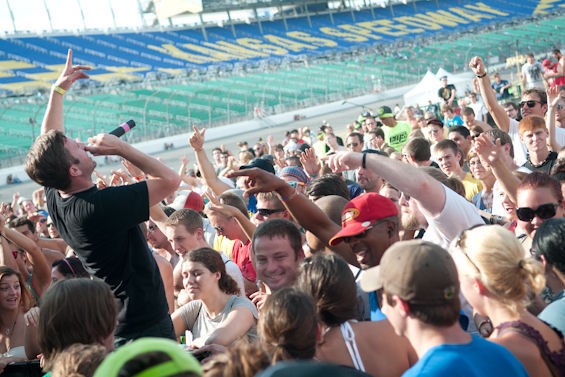