The Ten Best Shows In St. Louis This Weekend: September 7 to 9 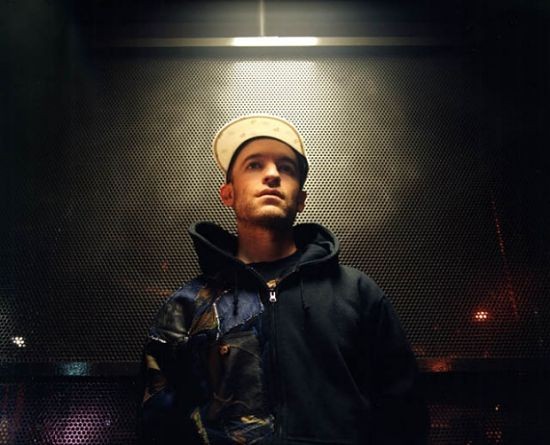 This weekend is a good one for local artists, as it includes two album release shows and a music video release party. Friday night will see the release of Old Capital Square Dance Club's new CD at Off Broadway, as well as Spelling Bee's latest offering at the Schlafly Tap Room. The former is ten dollars and the latter is free. Also on Friday will be the release party and viewing of Soma's new music video; that one will cost you five bucks. There are shows this weekend of the non-local non-release non-Friday variety as well, believe it or not -- check out the rest of our picks below.

Old Capital Square Dance Club CD Release Show @ Off Broadway 7:00 p.m. | $10 The brick box on Lemp continues a stunningly good run of shows with the OCSDC (how's that for a mouthful?) release show. We've heard this record and, you know, buy. (KM)

Schwervon! @ The Heavy Anchor w/ Frances with Wolves 9:00 p.m. | $5 A real big-city, world class band landed in our right pocket when Schwervon! relocated to KC. And Fances with Wolves is the best band in St. Louis that never seems to crack the radar much. (KM)

Soma Video Release @ The Gramophone w/ Money for Guns, Tok 8:00 p.m. | $5 Soma's video has a puppet theme, so the band is bringing something of a "puppet photo booth" for fans to mess around with during the show -- amateur puppeteers, take note! (DH)

Spelling Bee Album Release @ Schlafly Tap Room w/ Fumer and VERY SECRET BAND (Hint: Mind gerund) 9:00 p.m. | Free It's really good, even if you aren't looking to be punished. No, seriously -- go try it out for yourself. The three songs available so far are loud, purposeful and even occasionally hummable! (KM)

Under Cover Weekend @ The Firebird w/ LucaBrasi, Volcanoes, Humdrum, Animal Empty, Aquitaine, Via Dove, Dots Not Feathers, Palace, Last To Show First To Go, Arthur and The Librarian Friday and Saturday 8:00 p.m. | $10 However you feel about the methods, the results are a genuine party. There will be costumes, sing-alongs had and all stops pulled. Enjoy it. (KM)

Brave New World @ Plush 4:00 p.m. | $10 You know about this, right? It's really a matter of whether you like the idea of traveling into the future -- of sonics, of collaboration, of ideas. (KM)

Peanut Butter Wolf @ Lola w/ Nappy DJ Needles, DJ Kase One 10:00 p.m. | $10 Chris Manak, aka Peanut Butter Wolf, has been scratching records and producing beats since the early nineties. As founder of the influential Stones Throw record label, PBW has been involved the release of albums by MF Doom, J Dilla, Madlib and many more. (DH)

Mike Keneally @ The Gramophone 7:00 p.m. | $20 Franks Zappa's former "stunt guitarist" Mike Keneally is also the live guitarist for Adult Swim's Dethklok. Being that the Lamb of God / Dethklok show slated for the Family Arena was cancelled, this is the next best thing for fans -- Keneally is a living guitar legend, so prepare to be blown away. (DH)

KHVT Art Auction & Benefit Concert @ 2720 Cherokee w/ Trauma Harness, Ultraman, Blackfast 8:00 p.m. | $10 KHVT is the name of the DIY skate park located beneath the Kingshighway bridge in South city. Though the park is slated for demolition with the expansion of the bridge, the folks on the KHVT board have some ambitious plans for future parks around town. Check out some great bands and help your local skateboarder! (DH)

Delhi 2 Dublin @ Old Rock House 8:00 p.m. | $12/$15 Delhi 2 Dublin is so named due to its fusing of Bhangra and Celtic music, creating an interesting monster of world music that has found much love from critics and fans alike. (DH)