Want to Hang Out with Robert Earl Keen?

Robert Earl Keen is a singer songwriter corroborated by nearly every measure we've got: Beloved by critics, canonized repeatedly in his native Texas and capable of putting his last seven albums in increasing prominence on the charts. He makes a stop at Off Broadway on Wednesday, September 19. Tickets are $25, and if you buy one before noon tomorrow, you'll be entered in a drawing to win a meet-and-greet with Keen himself.

If you buy online, you'll automatically be entered. Five people (plus a guest if they also have a ticket to the show) will win. This one's likely to sell out, so it's probably a good idea to reserve a spot at the show regardless of whether you're into the prize. 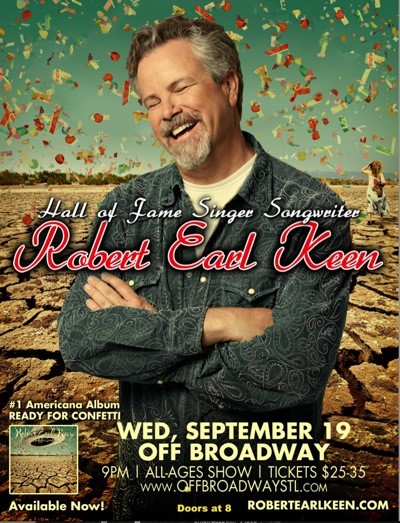