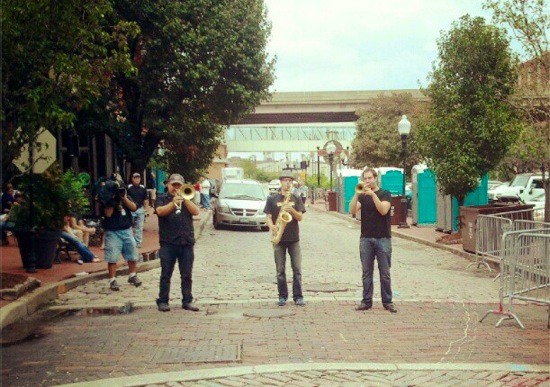 Isaac has arrived, bringing with it the threat of several tornadoes last night, torrential rain and some more rain. The weather has caused an update in the Big Muddy Blues Festival schedule. First of all, it's still happening and so far there are no cancellations or changes to the lineup -- Joe Louis Walker will still headline tonight. The shows will, however, be moved indoors to seven bars and restaurants in Laclede's Landing (though in an act of exemplary dedication and faith, all three outdoor stages are up and ready in case they can be used). Today's detailed schedule information, freshly announced, is below.