Grovefest 2012 will be on Saturday, October 6. The annual blow-out on a closed-down Manchester Street from Tower Grove to to Gibson Ave always features food, art, music and general good times.

It has been steadily expanding, and this year promises to be the biggest installment to date. We don't know a ton about the lineup yet -- the Fest will continue to announce featured bands one by one on its Facebook page. But we have exclusively here at RFT Music the name of this year's headliner. It is (drum roll please)...

Oh wait, did we blow that with the headline? Right, so it's Clap Your Hands Say Yeah.

For those of you who are unfamiliar with the loopy pop band: CYHSY released its self-titled debut in 2005 to instantaneous blog-appointed sainthood. The band then became an unfortunate poster child for the hype grinder of the Internet. For those of you who stopped paying attention then: Last year's Hysterical, the band's third full-length, is a statement of purpose and by far the band's most coherent album yet. It's also a hell of a good time to listen to, and the group will make for the perfect soundtrack to the annual celebration of one of St. Louis most exciting neighborhoods. Here, see: 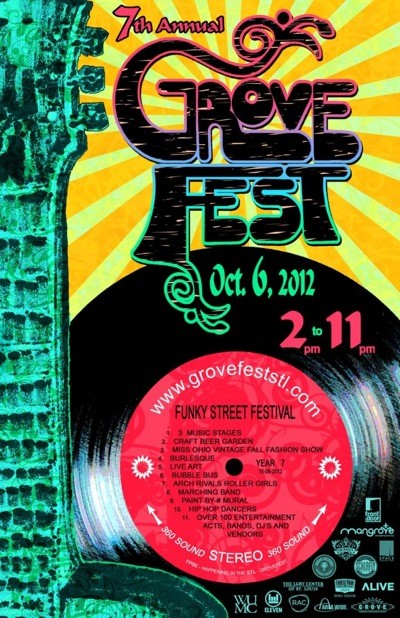