The Six Best Songs About The Moon For Neil Armstrong 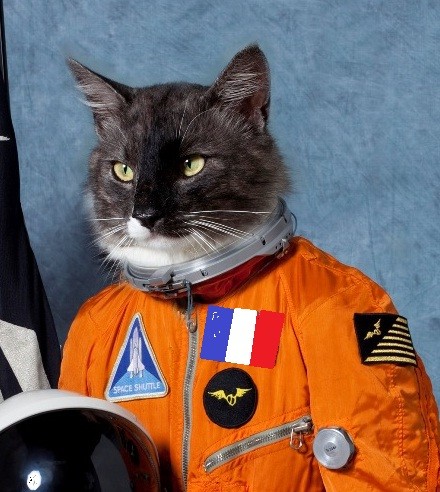 If you find yourself in this corner of the Internet, it is safe to assume you heard about Neil Armstrong's passing. If not, sorry you had to hear it this way. In honor of Earth's first lunar visitor, here are the six best songs about the moon. Let us know your favorites in our comments section (a place where words have very little gravity), and check out the addendum of other moon songs that did not qualify for the list.

6. Emmylou Harris - "Moon Song" Patty Griffin wrote "Moon Song" sometime in the 2000s (at least that's what the Internet wants me to think), but other than a live DVD performance, her take on the song was not officially released. However, the angelic Emmylou Harris performed the tune on her 2008 album All I Intended To Be, and she tends to own every song she touches. The way she cowers from the microphone when she says the last word of "The moon's gonna follow me home" is chilling. If she released "Happy Birthday," somebody would hear the song at a party and ask, "Is that an Emmylou Harris cover?"

"8 ½ Minutes" is a sci-fi horror story hyper-funk track about what would happen if Earthlings blew up the moon with nuclear weapons. The edited answer: We're effed. Cars freeze, power plants become dormant, and people generally freak out. Some songs use the moon in a metaphorical sense to represent the vastness of space or the insignificance of life or the omnipresence of stellar beings. This is not one of those. By focusing on the catastrophe of its destruction, "8 ½ Minutes" is a realistic portrait of the moon's practical importance and the panic its absence would ensue. 3. Tyrannosaurus Rex - "By The Light Of A Magical Moon" The subject of "By The Light Of A Magical Moon" does not make it a singular tune. There are quite a few songs about dancing under the moon, usually attempting to portray the practice like a party out of The Great Gatsby. "By The Light Of A Magical Moon" is off-putting in its spareness, its mischievous chords, and Marc Bolan's confusing accent (at times he sounds like an old Jewish man imitating Dracula). Dancing outside with only moonlight as a guide is romantic, but also eccentric to the point of discomfort. This song captures that vibe quite accurately.

2. The Microphones - "The Moon" Nobody captures sorrow quite like Phil Elverum, the musician who meticulously crafts albums under the moniker Mount Eerie. Elverum was previously known as The Microphones, and "The Moon" is a the best track on his 2001 masterwork The Glow Pt. 2. It is also his saddest, with so many bruised guitar overdubs towering over his vocals that he sounds helpless. A stripped down, easier to understand version of "The Moon" from The Microphones' Song Islands is that much more tragic, as Elverum's character revisits the physical landmarks of a former love ("I went back and wished I hadn't / I went back and felt regret"). At its close, in some of the few lines that emerge intact from the Glow version, he stares down the moon, the one place he shared that he cannot visit: "The moon just stared back at me / And in its light I saw my two feet on the ground"

1. Nick Drake - "Pink Moon" As difficult as it is to think of "Pink Moon" as just a song, to erase the images of the Volkswagen commercial that brought the cult classic to the public eye, to ignore its changed context after Nick Drake's suicide, I strongly encourage you to do just that. Any backstory is irrelevant when actually listening to "Pink Moon;" it actually sounds like the moon, like backyard gazing in summer. Nick Drake is often dour, but he actually sounds like he's smiling as he sings "Pink pink pink pink pink." There's a difference between loneliness and solitude, and "Pink Moon" is peaceful and comfortable like the enormous rock orbiting our planet, all by itself but not alone. If you want a new mental image for "Pink Moon," imagine the man in the moon singing the lyrics and then Neil Armstrong lands one minute into the song, just in time to play that piano part.

Television - "Marquee Moon" It has "Moon" in the title, but this song is about guitar solos, not space.

Pink Floyd - selections from Dark Side Of The Moon The most prevalent moon-lore in music, but as far as singular tracks, the moon of Dark Side only shows up in its final pair of tracks. Neither one really makes sense or stands up without the other. For similar reasons, nothing from Modest Mouse's The Moon And Antarctica made the cut.

R.E.M. - "Man On The Moon" This song might make a future list of "One Best Song About Andy Kaufman,"

Creedence Clearwater Revival - "Bad Moon Rising" A tough one, but ultimately too metaphorical. This is not a deal breaker in itself, but with the additional references to earthquakes and hurricanes, it just isn't moon-y enough.

"Blue Moon," "It's Only A Paper Moon," "Moon River" and other jazz standards Did not make the list because they are just okay.