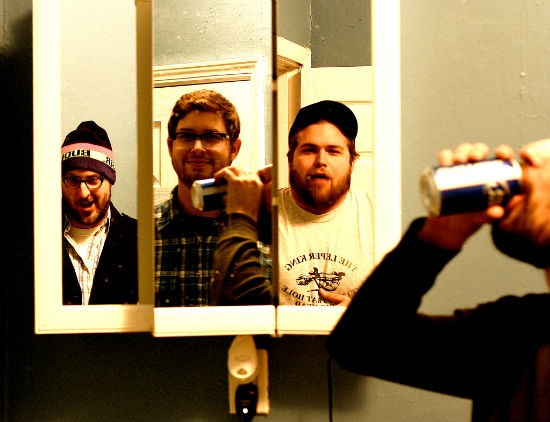 This Thursday, Chicago's Netherfriends and St. Louis' Bo & the Locomotive will play the Firebird (2706 Olive St.). Columbia's Believers is also on the bill -- tickets are $8 and the show starts at 9 p.m.

This is an exceptional set of regional talent -- Believers turned our heads hard at a DIY show last winter. And Netherfriends recently finished a project to put Sufjan Stevens to shame, writing and recording a song in each of the 50 states (as well as performing in them). As for Bo & the Locomotive, we are on the record as loving every iteration of this band, from its quiet beginnings to the apocalyptic party that its live show has become.

As for the reason you find yourself on this here blog post: Bo & the Locomotive and Netherfriends are not just a pair of bands thrown together on a bill. This is a carefully constructed show, and the symbiosis of the two is apparent on a fascinating pair of tracks they just released (you can listen to them below).

Each song involves both front men -- "1986" was written by Bo and "Forget Me" was written by Netherfriends. After recording their songs, each traded and had the other add parts and record them. You can hear them both back to back, and maybe you'll see the live version on Thursday.