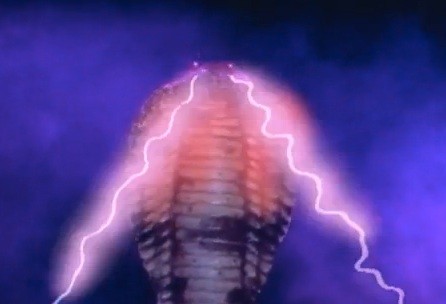 Beloit's annual college mindset thing is out this week and making the Facebook rounds, performing its yearly task of making everyone over the age of fifteen feel super old. Most of its findings hit the mark -- Robert De Niro is from Meet the Parents, Bill Clinton is an elder statesman, CDs are something your parents had -- but I was a little confused to learn that "Michael Jackson's family, not the Kennedys, constitutes 'American Royalty.'" If this is really the case -- for me, the appeal vanished once his kids were no longer reclusive children who appeared oddly eloquent on TV but hyperactive tweeters who sound like every other hyperactive tweeter -- then as an Old Man at 25 I have only one thing to offer the Class of 2016: Rebbie Jackson, performing "Centipede."

Before she was an aging Princess of America, involved in the weird pseudo-kidnapping of the Queen of America, she had this hit song. Spoiler alert: It's called "Centipede," and it's about a woman in a painting and then on the set of Ghostbusters who shoots lightning out of her hands (with a snake that also shoots lightning) and is maybe singing to or about a tiger, and she can turn into lightning, and it's called "Centipede," of course, and then she lightnings out of the painting, kind of, and murders a security guard. Centipede.

Finally: A sexy song about centipedes.

I think most students of "Centipede" are basically happy to giggle about the competing phallic-animal images in the lyric, but I'm more into the way that Rebbie Jackson appears to be an ageless, omnipotent God-queen surrounded by mistreated consorts who all dress and dance like her brother Michael, who is singing the disembodied chorus. If you were looking for a Jackson song you could write into your Game of Thrones crossover fanfiction, this is it, you guys.

Which means there are really two objections to Beloit College's insistence that the Jacksons are a reasonable approximation of royalty in 2012. Objection No. 1: The "Centipede" video makes it clear that they are really much closer to incestuous, squabbling, lightning-tossing Greek gods than plain old royalty, especially now that one of the main characters of the current generation is a strong-willed mortal named Paris who's about to make the gods freak out.

Rebbie Jackson was 34 and had never released an album. The hook is literally just Michael Jackson Michael-Jacksoning the name of one of the most disgusting creatures on earth. The MJ-written lyric, at one point, makes the claim that, "Like a centipede that's hot / the fire is in your touch." And nobody thought this was weird.

Class of 2016, I leave you with two pieces of advice: First, stop reading the Beloit College mindset list once you graduate from college, or else you will feel terrible every August for the rest of your life. And finally, when the time is really right is when the centipede is crawling; you'll be crying in the night, so many tears. Thank you.