Nicki Minaj brought her Roman's Revenge tour to the Peabody Opera House (14th St. and Market St) last night with opener 2 Chainz. It was a big day for the MC -- she was nominated for a couple VMA's and released the video for her new single, "Pound the Alarm," where she gets feathery in Trinidad.

Last night's show featured the expected hits, insane back-up dancing and costume changes. Photographer Todd Owyoung was there -- check out a few of his best shots below. 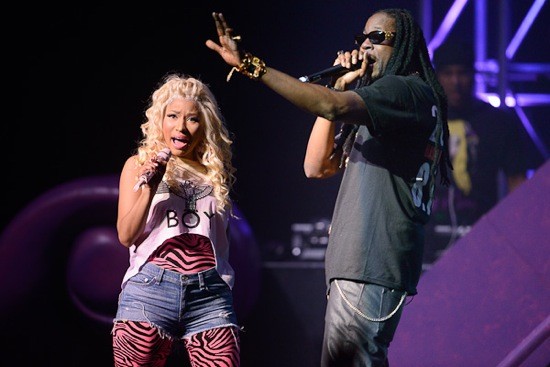